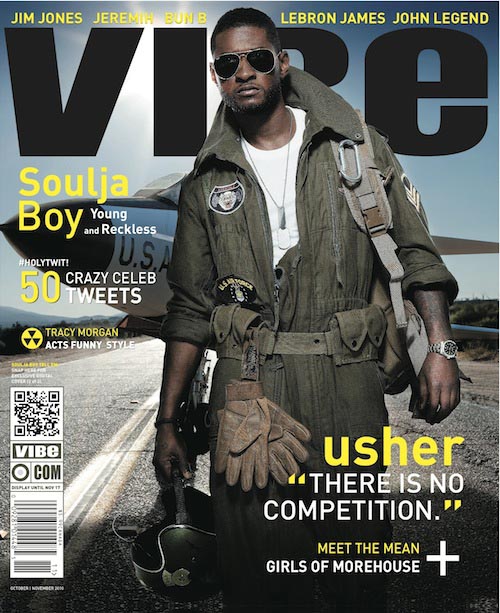 (10/5/2010) Usher is still feeling a certain way about his mother not attending his wedding in 2007, although they are now back on good terms. The 32-year-old tells October/November Vibe magazine he was â€œvery disappointedâ€ that his mother decided not to watch him exchange vows.Â Many people are going to chime in and feel a certain way about this. Some say it was just mothers’Â intuition…when looking at the final outcome. She was just trying to save her son from what she thought was a terrible decision. Others feel as a mother she should have supported him no matter what. I don’t know. What do you think?

In January 2007, he proposed to his then stylist girlfriend Tameka Foster. She has a son from when she was a teenager, as well as two sons with Atlanta clothier Ryan Glover. In February 2007, Usher announced their engagement. After the sudden cancellation of a planned July wedding due to medical concerns, the two were wed on August 3, 2007 in a private ceremony. Their son Usher Raymond V was born on November 26 of the same year. On December 10, 2008, Tameka gave birth to their second child, Naviyd Ely Raymond. In June 2009, Usher filed for divorce from Foster after claiming they lived separately for nearly a year.