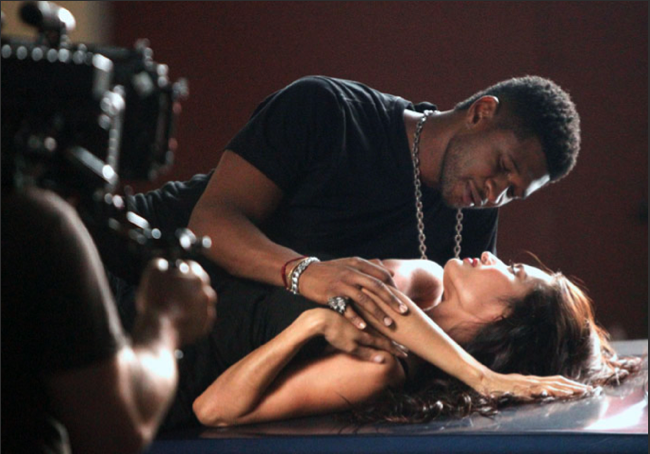 Is Usher going to release a new album? From the looks of things I would venture to say so. He was spotted out in New York filming a video. From the pics, it seems like things got a little intimate on the set. The video come as a surprise to me being that I haven’t heard anyone from Usher’s camp talk about a new project in the works. Perhaps it will be a surprise for fans. 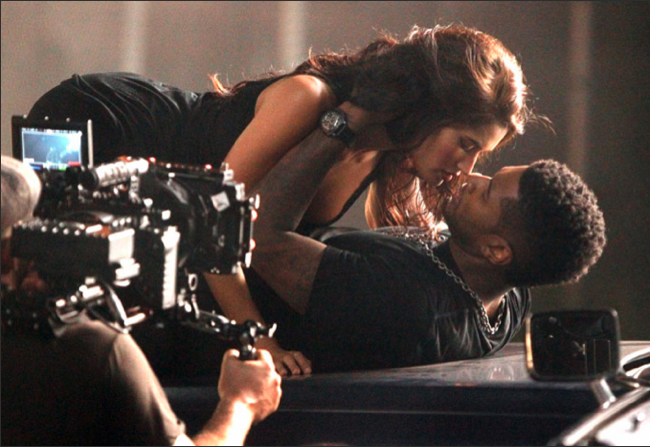 Usher got up close and personal with his leading lady. This is nothing new for him though. 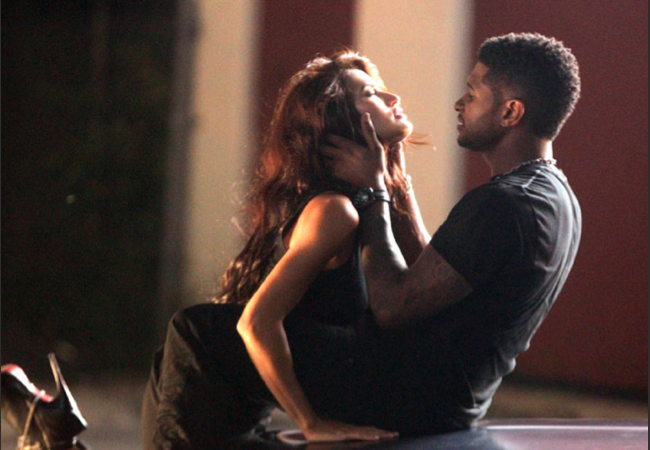 So from the pics what kind of song would you think this video went to? A love ballad? A club banger? 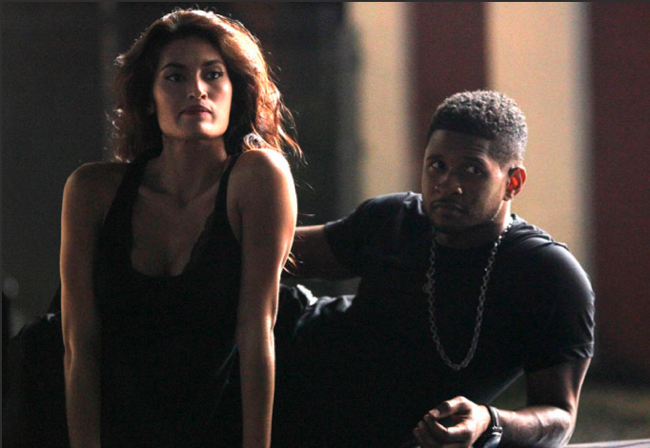 Despite whatever the video is for, I’m sure fans will be excited to just get new material for him. Usher’s been viewed as a sex symbol since the day he came in the game and he is giving them that in this video looks like. 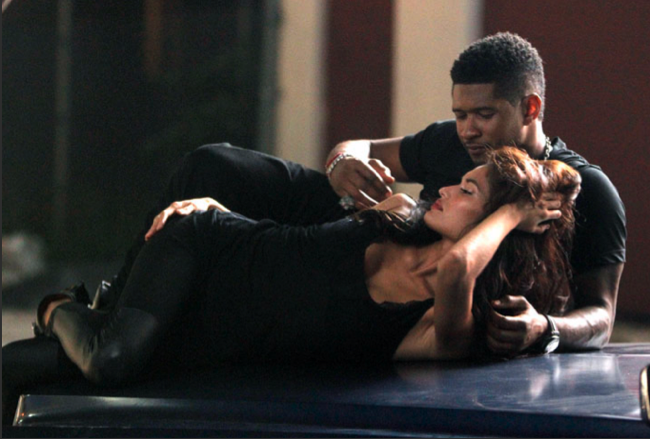 Until we get word from Usher’s camp,Â  I guess we’ll all just have to wait and see what Mr. Raymond is working on. What do you think of these pictures though? WhatÂ  are your predictions as to what Usher is working on?