So far, Invasion of Privacy has produced two Billboard 100 No. 1 singles to accompany its Billboard 200 No. 1 debut. “Ring” is taken from the debut album Tonight, she’s set to deliver her first performance since giving birth to her baby girl Kulture in July. Last year, Kehlani shared her debut studio album, SweetSexySavage. 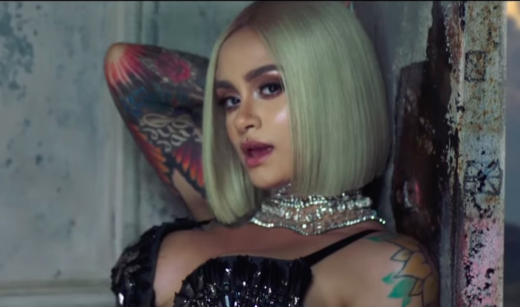 Directed by Mike Ho, The Bartier One cleverly masked her pregnancy with designer trenchcoats as well as a costume that finds her simulating the telephone wires that a neglectful lover is not using to keep the connection brewing.

According to Cardi B, she had no idea the video was being released today. Joking on Instagram, she said, “I’m happy for the response that it’s getting but I didn’t even get to see final edits on the video, I didn’t even know it was supposed to come out today… It was those Russians, those damn Russians that helped Trump, I knew it.”

Like wttttff ??…well since is out make sure ya check out RING MUSIC VIDEO with me and @kehlani

Watch above as history takes its course.