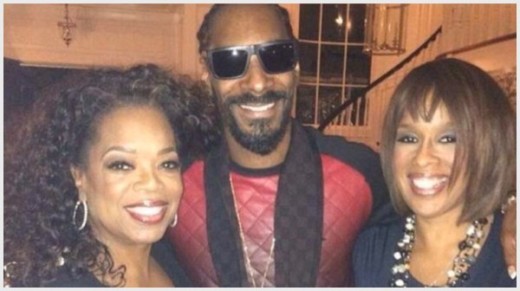 CBS anchor Gayle King has accepted Snoop Dogg’s apology for his threatening rant toward her last week in the aftermath of her coverage of Kobe Bryant’s tragic death, a report said Thursday. “I accept the apology and understand the raw emotions caused by this tragic loss,” King said a statement.

Last week, the 48-year-old rapper launched epithets at King, calling her a “funky dog head bitch,” and accused her of holding Bryant to a double standard.
“I was raised better than that,” Snoop Dogg said in his apology, days later. “I would like to apologize to you publicly for the language that I used and calling you out of your name and just being disrespectful.”

Snoop Dogg also mentioned in a video on Instagram that “two wrongs don’t make no right.”

“When you’re wrong, you gotta fix it,” he continued.

King also told the wire service in a statement that it “was never her intention to add to the pain.”

Bryant died late last month in a helicopter crash that also killed his 13-year-old daughter, Gianna, and seven others.