Kanye West really does not like the paparazzi, and he let one of them know exactly how he felt as he verbally lashed out and told him to “not talk” to him “ever again”.

Upon arriving at LAX Airport yesterday, Kanye West had just stepped out of his limousine when a member of the paparazzi spoke to him and was trying to express to him that he was a fan of his music. Before the man could finish what he was saying, West got in his face, covered up the camera with his hand and had this to say: 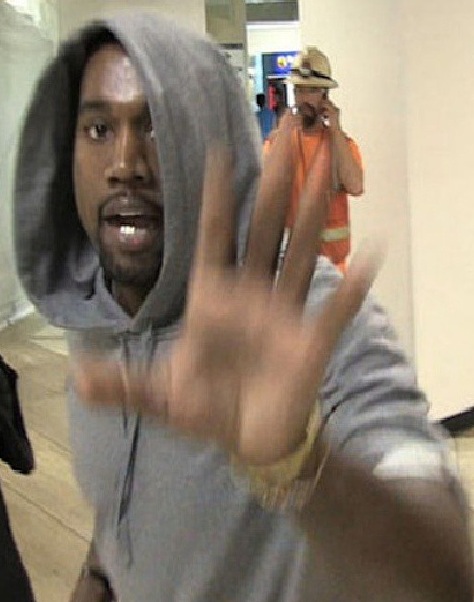 Check out the video of the incident from TMZ here:

So I get it. Celebrities have a lot of paparazzi in their face….all the time….every day. I’m sure that gets annoying real quick, especially when you have some paparazzi who say things to you to incite you to say or do something just to get it all on camera. But Kanye West continues to have these incidents and run-ins with paparazzi where he verbally abuses them, and sometimes even has physical altercations with them. That is not cool. The paparazzi get paid to take pictures and are just trying to do their jobs and should not have to get pushed around in the process.

But what do you think about Kanye West’s verbal and physical run-ins with the paparazzi? Is he justified in his actions?