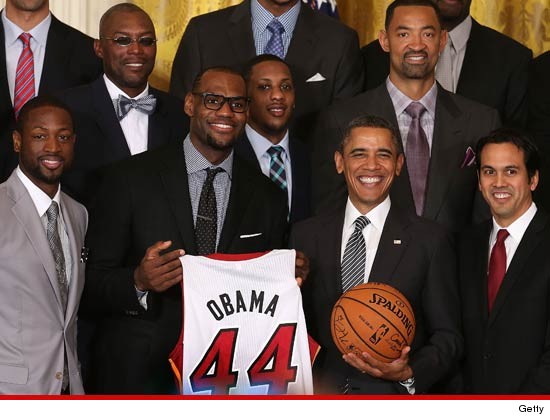 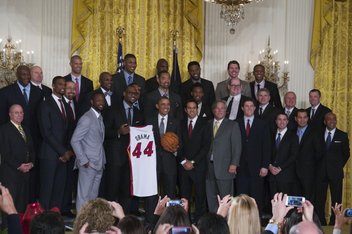 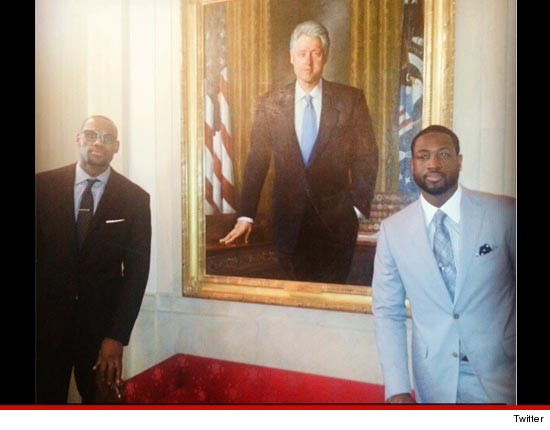 The entire Miami Heat team got to have a congratulatory handshake from Barack Obama for winning the NBA Championship!! Monday the President welcomed the team to the White House, the team honored Obama with a Miami jersey. 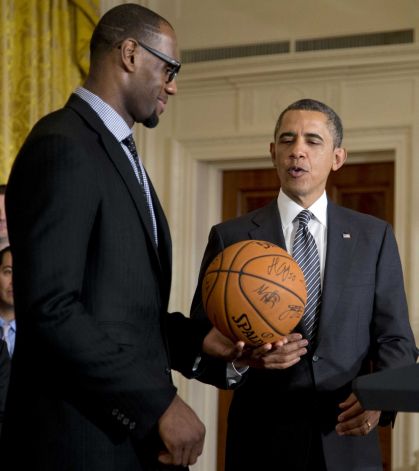 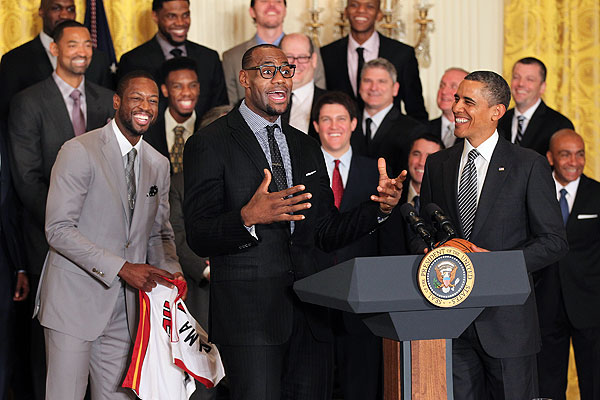 LeBron walked up to the mic and said: 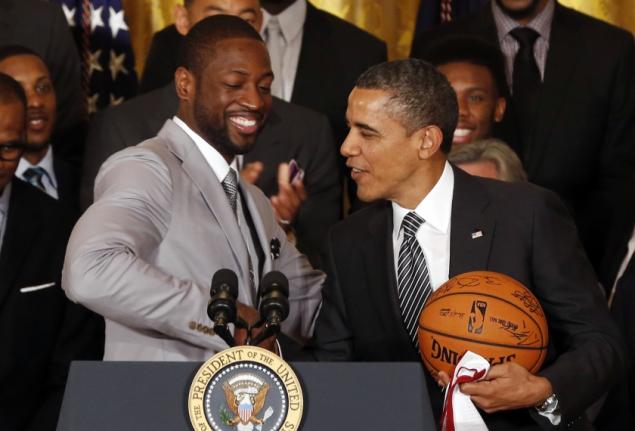 Obama spoke about being a father:

“I don’t know all these guys,” he said. “But I do know LeBron and Dwyane and Chris. And one of the things I’m proudest of is that they take their roles as fathers seriously. And for all the young men out there who are looking up to them all the time, for them to see somebody who cares about their kids and is there for them day in and day out, that’s a good message to send. It’s a positive message to send, and we’re very proud of them for that.”