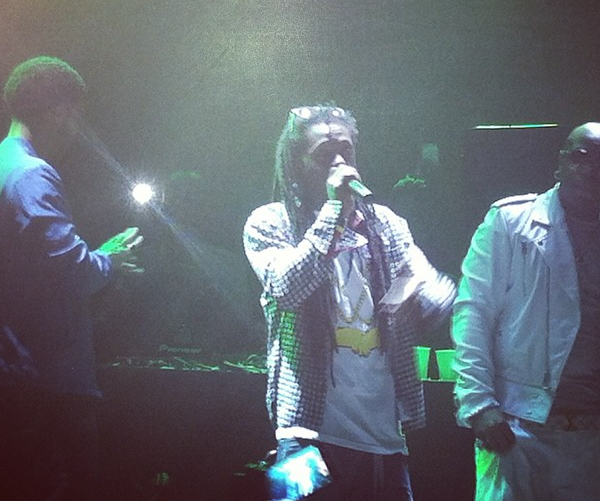 Lil Wayne said some harsh things over the weekend while in Houston for NBA All-Star Weekend. He was not very happy about being banded from NBA activities and getting kicked out of the Miami Heat game. He has now said he is NOT SORRY for saying he banged Chris Bosh‘s wife but did feel bad about insulting Lebron James and saying ‘f*** Lebron‘ because that is one of his homies. 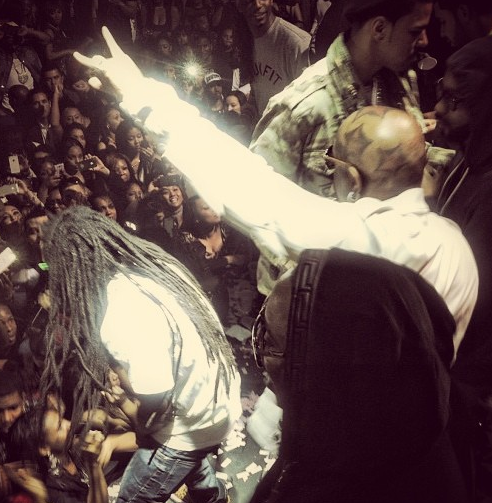 TMZ reports that Wayne called into a Miami radio station to address what he said over the weekend. Just as a refresher at an after party Lil Wayne got on the mic to say, “F**k LeBron. F**k She Wade. F**k Chris Bosh. F**k all y’all and I f**ked Chris Bosh wife.”

Wayne is NOT sorry for all he said he tells the station, “I don’t apologize for that night. I don’t apologize for being who I am … I don’t take nothing back … This is who I am.” He did take back what he said about Lebron stating, “I didn’t mean to say [‘f**k LeBron.’] That’s my homie.” He apologized to the entire city of Miami but not the Miami Heat. Check out the full interview below:

Check out what Wayne said while in Houston:
Source: TMZ