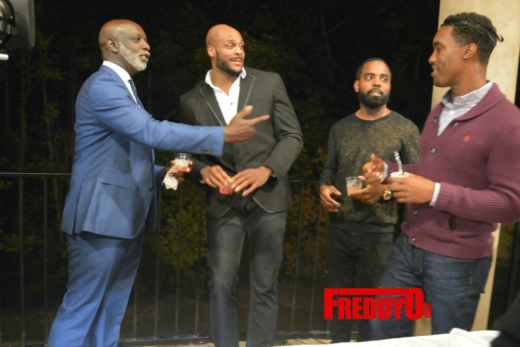 The reunion was filmed in Atlanta last Thursday, he and Kenya are at odds and no longer speaking, she refuses to pay him anything. Matt is not the main character so his not entitled to a paycheck, but what a lot of the friends of main characters do is get money from their character on the back-end. Its a part of any TV show production, people in the industry know this. Matt confronted Peter at the radio station.

From what Matt told multiple sources, Peter was talking shit and he needed to let him know that all of this should be handled, man on man. Long story short, the quarrel happened at a radio station somebody ended up on the floor, somebody was choked, but most importantly the cops were called and charges will be filed. Although there aren’t any details of why Peter was at the radio station, or why Matt was that furious with Peter, charges will be filed against Matt for assault.

We exclusively spoke to Peter and he’s currently focused on keeping his brand clean he said,
‘I wasn’t trying to fight at the radio station which is so unprofessional, but I will be pressing charges”. Matt, on the other hand, is also not playing sources report he refused to sign the waiver from the radio station to allow them to release video footage from the fight so if he doesn’t release it you might not ever get to see it unless somebody snakes and puts it out.