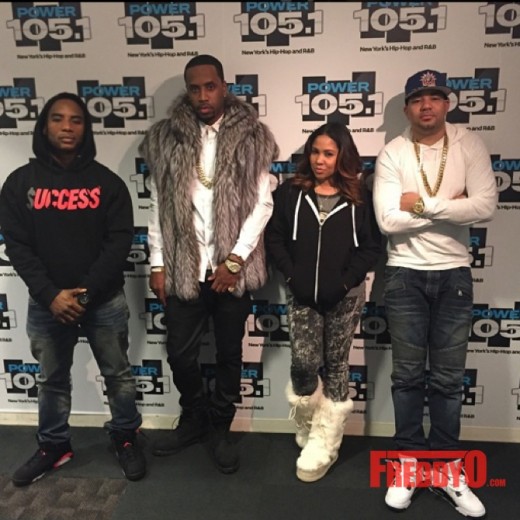 After a 14 year relationship, the pair just broke it off about four months ago. It was only last month when Nicki was in the studio next door breaking down to Angie Martinez about the end of her relationship, but after the recent shade she’s been throwing at Safaree he decided it was time to speak up.

Throughout his interview with The Breakfast Club, Safaree reveals that he was a crucial part to Nicki’s writing process and helped her with lyrics and beats. They have been compared to have similar styles, and Nicki wouldn’t let him pursue his rap career while they were together, which he was OK with that.

He also makes it clear that he was the one who ended their relationship saying he walked away because it came to a point where he no longer felt respected, but rather, treated like one of Nicki’s employees. He said the two outgrew each other, but called Minaj his soul mate and compared the break up to ‘learning to walk or crawl again.’

Safaree says he has nothing but love for Nicki and wants to see her move on and be happy, but he does have an issue with her publicly trying to bring him down and call him out for being ‘corny’ because he would never do that to her.