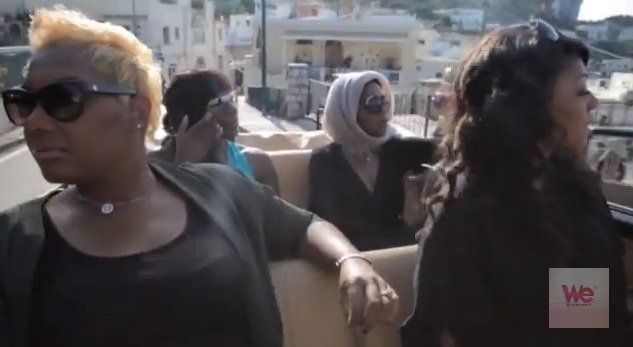 The Braxtons are back and the diva-dial is set to maximum drama for season three of WE tv’s hit original series, Braxton Family Values, season 3 premiering Thursday, March 14 at 9PM ET/PT.  Sparks continue to fly amongst this sassy, outspoken and tight-knit group of women all striving for stardom while loving, laughing and fighting as only sisters can. 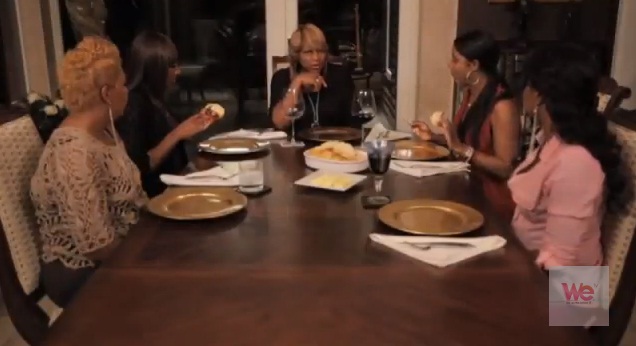 Season three opens with a sister-bonding trip to Italy, where Toni, Trina, Traci and Towanda all take in the sights, sounds and tastes of the Eternal City, however their baby sister Tamar is nowhere to be found. She’s busy back in the States on a whirlwind press tour promoting her WE tv spinoff “Tamar & Vince,” and her #1 hit single, “Love & War”—an absence that doesn’t go without a few groans from her sisters who lament that Tamar has increasingly grown further apart from them since her career has taken off.

While the Braxton sisters try to sort through their interpersonal issues, with a bit of help and tough love from their mother, Evelyn “Miss E” Braxton, they all have their individual hurdles to overcome as well. Toni, having landed her first starring role in a movie, tries to leave her personal drama behind to focus on work, which is much easier said than done. Trina and Gabe try to move past their infidelities of the past and re-build their marriage, while Towanda and Andre focus on their relationship and officially get back together. Traci has embraced a surprising new found hobby, motorcycle riding, while Tamar, working hard in pursuit of her dream to build a name for herself in the music industry, fights back against her sisters’ resentment toward her relationship with her “husbanger” Vince. Issues from the past and the Braxton ladies’ ongoing competitiveness—especially when it comes to music endeavors—threaten the longstanding Braxton family unity like never before.