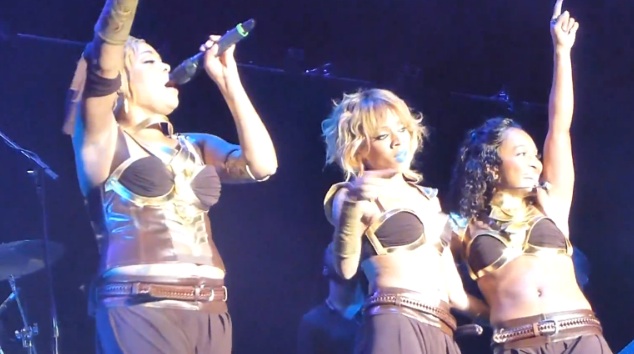 Over the weekend TLC members Tionne “T-Boz” Watkins and Rozanda “Chilli” Thomas reunited onstage — matching outfits, dance moves and all — at VH1’s Mixtape Festival 2013 in Hershey, PA on Saturday, July 27. The reunion comes days after the trailer for their VH1 biopic CrazySexyCool: The TLC Story surfaced. 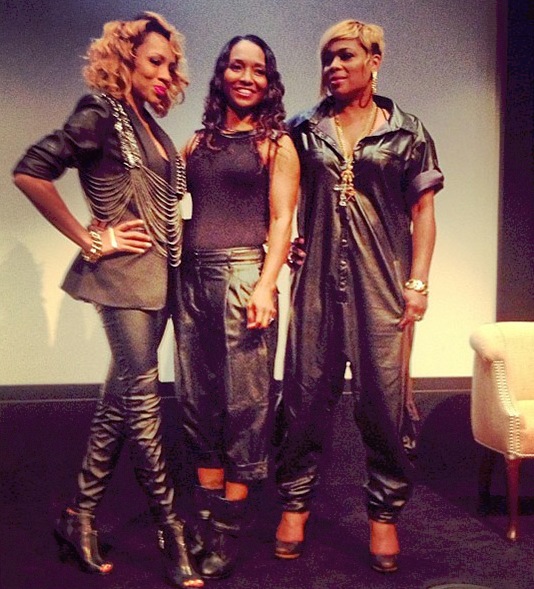 Vibe online reports T-Boz and Chilli paid tribute to the late Lisa “Left Eye” Lopes, who died in a car accident while vacationing in Honduras in 2002, with their mega-hit “Waterfalls.”

Lil Mama, who plays Left Eye in the upcoming biopic, took on the fallen member’s part for “No Scrubs.”

“We gonna keep it going and keep it alive, no matter what,” said T-Boz after the “No Scrubs” performance.

“We said we will never replace her! Are we clear?” continued T-Boz, as the crowd cheered.

“And we are also saying that we want to continue moving forward, so we can continue making music for you guys, performing for you guys, because she will always be remembered through us,” added Chilli. “That was out sister. She is our sister.”

Other songs performed during the set included “Creep,” “Fanmail” and “Come Get Some.” The duo have a greatest hits album on the way. It drops October 15 with four new tracks and a cameo from Lil Mama, as well as appearances by Lady Gaga, Ne-Yo and Dallas Austin. CrazySexyCool: The TLC Story airs soon after on Oct. 21. RIP Left Eye.