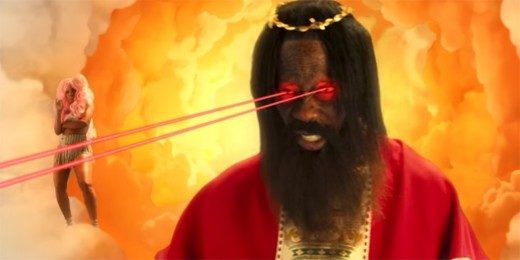 The clip has tons of Biblical and otherwise intense imagery. There’s a Christ-like figure shooting lasers out of his eyes, people being baptized, singing sheep, Scott catching fire, a dragon, and tons more. Blake appears in the video, and so does Kylie Jenner. Watch it below.