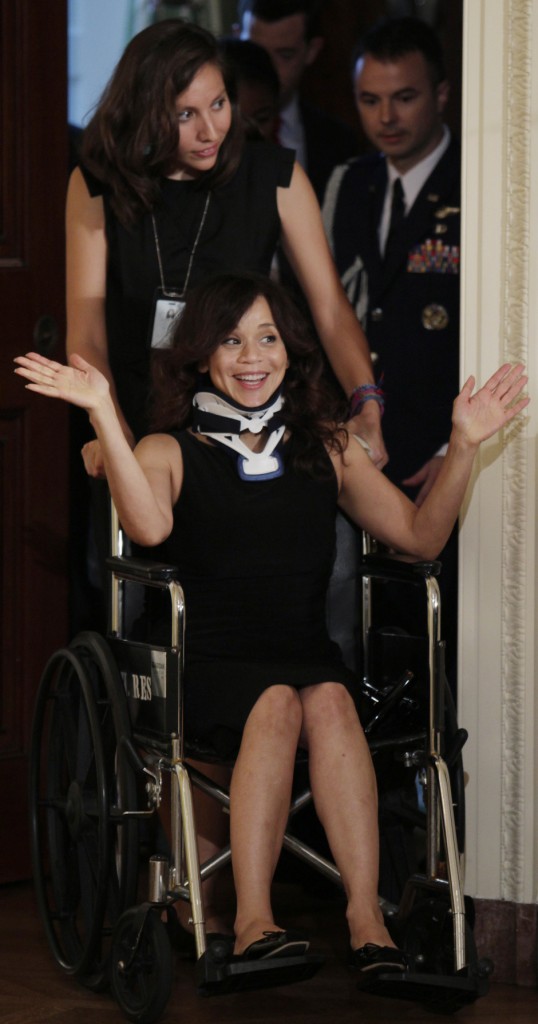 While guest staring on Law and Order, Rosie was shaken so hard in a stunt, it left her severely injured. Recently she underwentÂ surgeryÂ to place bone marrow into her neck due to a slipped disc. She serves on the presidents advisory board for HIV, and recently visited President Obama.

When Â the actress-dancer showed up to a White House event in a wheelchair, she had to explain to a baffled President Obama that she was suffering from a TV stunt gone wrong.

â€œDonâ€™t you know they have professionals for that?â€ the president quipped.

Perez quickly explained that she likes to do her own stunts. The president laughed and said,

â€œObviously, youâ€™re not that good at it.â€