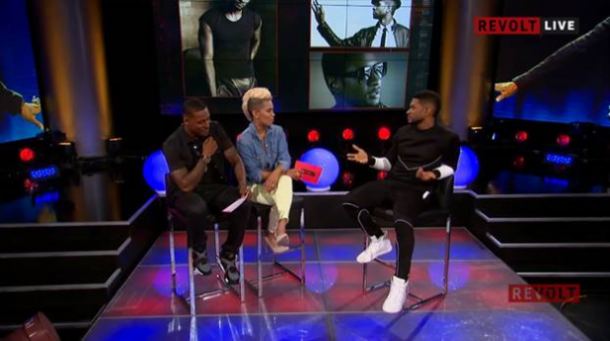 The big homie Grammy award winner Usher stopped by REVOLT Live yesterday to share the inspiration behind “Good Kisser,” what it was like working with troubled singer Chris Brown, and a few hints on Michael Jackson’s new album Xscape.

Usher is making power moves and doing big things. Check out the details below.

The big homie Usher opens up about his hot new single Good Kisser. Check out his thoughts on what makes a “Good Kisser.”:

Usher drops exclusive news! Aside from appearing in Chris Brown’s “Loyal” music video, he’s going to be working with him on his new album set to drop later this fall and lets REVOLT Live know if he’s been in touch with the troubled singer.

Usher speaks on the importance of Michael Jackson and gives the REVOLT Live audience hints on the sound of Michael’s new album, “Xscape.”