Video: Wendy Williams Falls Off Stage In Houston During ‘Sit Down Tour’ 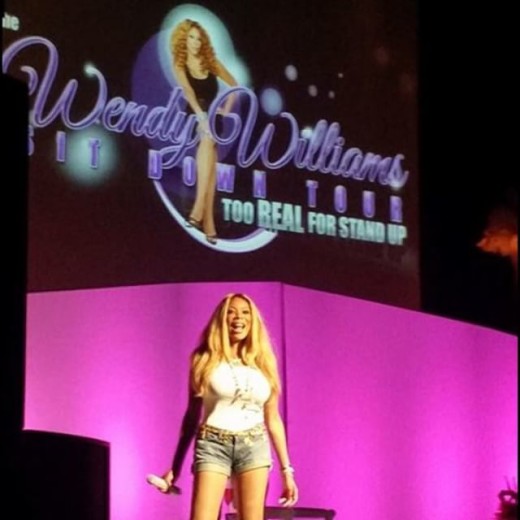 Hot Topics gossip queen Wendy Williams literally fell into headlines over the weekend.  Wendy Williams was in Houston, Texas, on the 7th stop of her comedy stand up “Sit Down Tour … Too Real for Stand Up” show, when she missed a few steps and fell off the stage.  Her crew rushed to help Wendy Williams get back up after which she grabbed the microphone and told the audience, “Shut the f–k up! Shut the f–k up, OK!”  Watch the fall and her cursing comeback below. 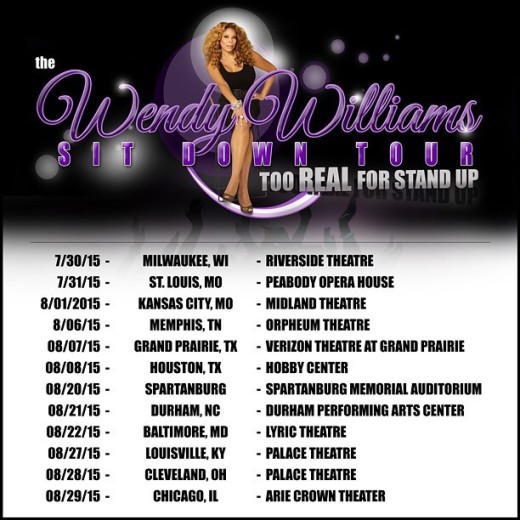 The 5 foot 11 talk show queen was wearing denim shorts and a white T-shirt when she took her tumble.  She offered the following reason for falling saying, “Number one, this is like our seventh city on our 12-city comedy tour. Number two, every stage is different. I didn’t see that s–t.”  Then added, “I am 12 feet tall. But you caught it, right? Did you catch my 51-year-old recovery?”

The comedy tour rolls into Spartanburg, South Carolina, on Aug. 20.