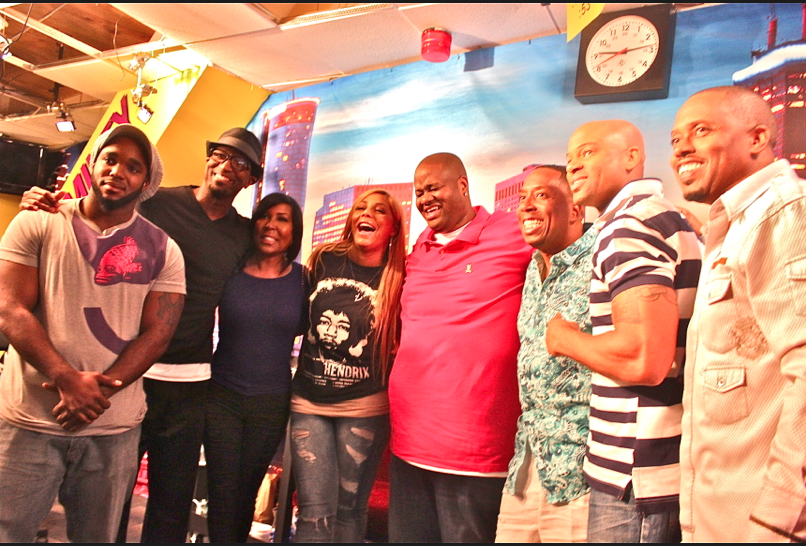 The entire spirit of the room was lifted when Tamar and Vince arrived into the studio on yesterday morning. Rickey Smiley jumped right into radio-host slashed Comedian mode. But the laughter quickly stopped when he discovered Ms Evelyn Braxton was not only NOT in the restroom powdering her nose, but she wasn’t even in the building. Hopefully Tamar will be able to bring Ms E and baby Logan the next go round. 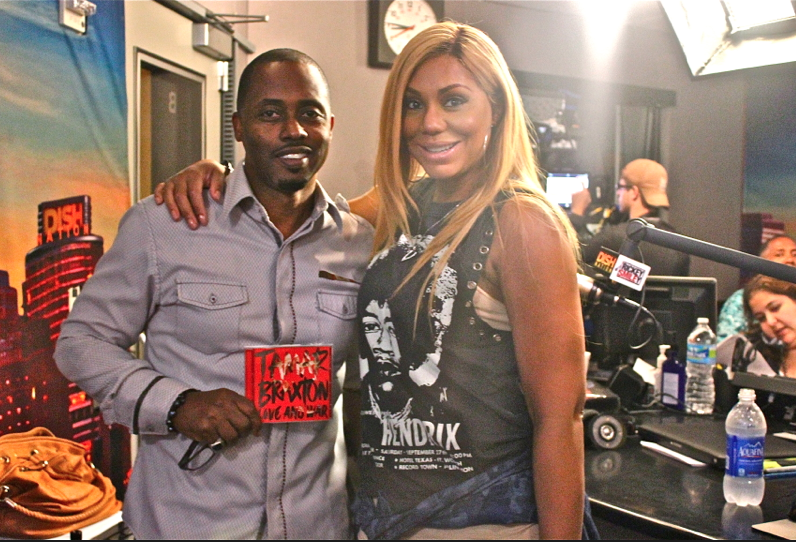 Special K did reveal that “Love and War” is one of his shower jams. Tamar almost believe him until Rickey Smiley and Special K tried to sing a little bit for them. After that “Not so much”. From the looks on Tamar’s face I think she would recommend to leave the singing to her or anybody besides those two. Special K actually walks around w/his copy of Love and War in his back pocket (lol) Congrats to Tamar Braxton for Love and War being the #1 Single in the Country right now ! 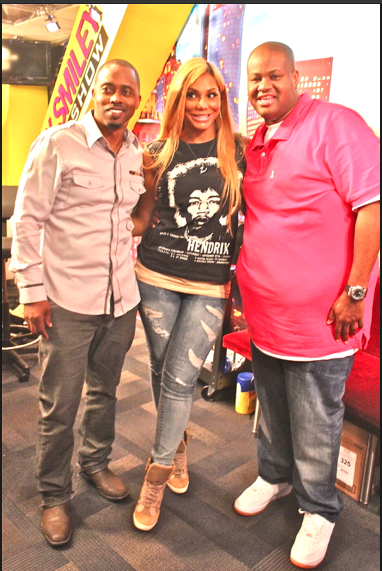 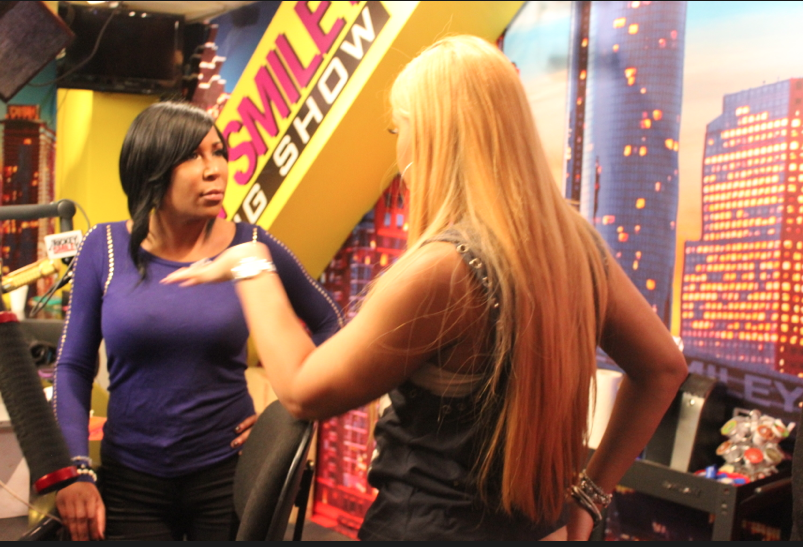 Ebony looks like she is open to taking SisterGirl advice from Tamar! 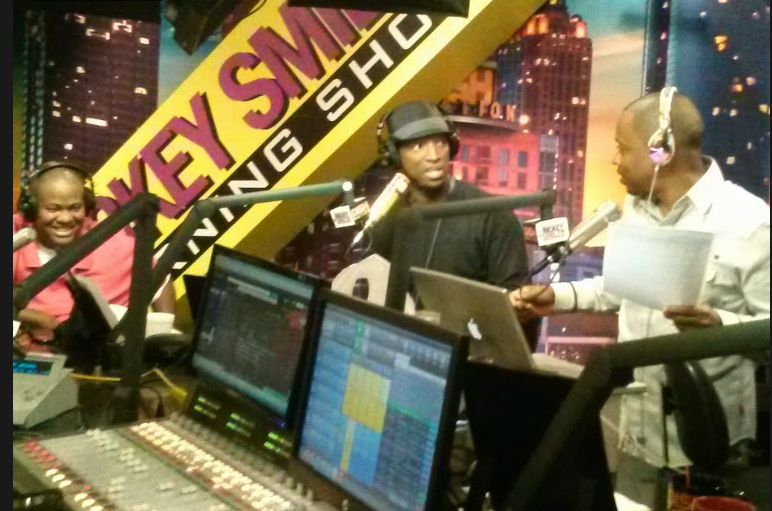 Rickey Smiley is so funny in the morning. Vince Hubert was cracking up!

The real gag was Special K was about to announce the 5 Celebrity Couples the Rickey SMiley Morning show likes LESS than Tamar and Vince. The list included

1. Dewayne Wade and Gabrielle Union – Too old to be girlfriend and boyfriend

3. Beyonce and Jay Z – Too Perfect

4. Stevie J and Joseline Hernandez – The reason was because when Vince and Tamar’s reality TV show is off the air. Unlike Joseline Tamar will still have a career. LMBO!

5. Michelle and Barak Obama- Because they will never go on VH1 and put all their business in the streets.

I gotta fnd out the why on Beyonce and JayZ and I will tell yall tomorrow.