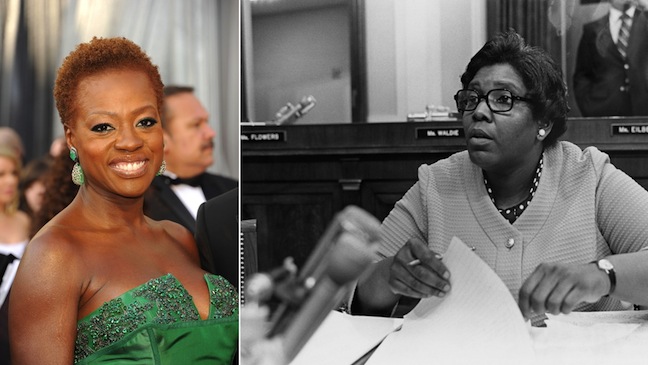 Oscar nominated actress Viola Davis is on board to bring the real life story of trailblazing congresswoman and civil rights icon Barbara Jordan to the big screen. According to “Variety,” “The Root DC,” “The Help” star and her husband Julius Tennon will produce the movie through their production company, JuVee Productions. Davis is reportedly eyeing the lead role. The film will be based on Mary Beth Rogers’ book on Jordan, “Barbara Jordan: American Hero.” Jordan was the first African-American elected to the Texas senate in 1966 and the first southern black female elected to the U.S. House of Representatives in 1972. Her moving keynote address at the 1976 Democratic Convention remains one of the most celebrated speeches in modern history. Jordan died in 1996 at the age of 59.