Genea Sky — the exotic dancer who came crashing down from a 15-foot pole but kept twerking afterward — is taking a page out of the great George Michael’s song, “Careless Whisper,” ’cause she never wants to dance again. 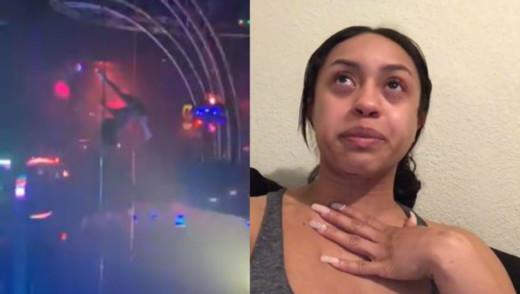 Sources say … she’s telling friends she’s done being a stripper and doesn’t want to dance anymore, because her fall and the injuries she suffered have scared her to death.

We’re told she’s grateful for all her fellow strippers who’ve reached out with comforting messages and shared their own injury stories … it’s made Genea feel like she’s not alone.

Our sources say the painful experience has also inspired Sky to try to change the industry and improve exotic dancers’ lives … but she’s not sure how yet.

The interesting thing is … we’re told Genea’s received a ton of offers from strip clubs and been asked to appear in music vids ever since she unintentionally went viral, but she wants none of it.

Our sources say Genea’s focused on healing up right now after having surgery for a broken jaw … along with her other injuries.

It should be noted — she has made appearances in a couple popular music videos, including G-Eazy’s “No Limit” remix … so maybe she can get back to that when she’s all better, even if her days on the pole are no more.
Source TMZ