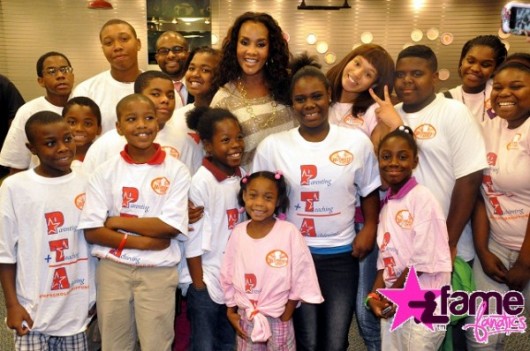 Actress, producer, and soon-to-be married Vivica A. Fox offered up some words of encouragement at the Life Changing Youth Summit in Jackson, MS on Wednesday. Fox and other actors such as Joe Torrey travel across the country to inspire some of their youngest and biggest fans to stay focused, be successful, and pursue their dreams, be it a basketball player or an accountant. 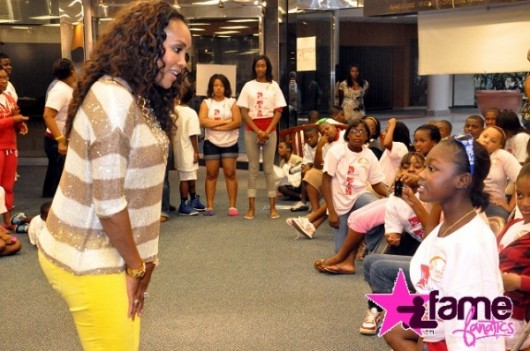 The actress gave out compliments and hugs throughout her speech and told â€œgeneration nextâ€ to â€œbump the naysayers and follow your dreams.â€ She also mentioned how God and her family kept her grounded but always soaring in the right direction.
At the end, the kids had a chance to ask Fox anything they wanted like â€œhow did you know you wanted to become an actress,â€ â€œDo you still do movies,â€ â€œhow can I grow up to be like you,â€ and â€œARE YOU MARRIED?â€ Fox told the crowd no, but that she is set to marry ( promoter Omar â€œSlimâ€ White) this fall and that she was shopping for a wedding dress in Miami the night before. (Go, head chick!)
Approximately 100 boys and girls participated in the Life Changing Youth Summit. The program offers scholarships, enrichment programs, and character building and uses celebrities to help spread the message.
For more information on the summit and the city it will hit next, visitÂ www.lifechangingyouthsummit.com.
Just FYI: VIV10 is OurGlass Media’s Kamikaze, rapper and formerly of the group Crooked Letters (David Banner was the other half). He promoted the event.