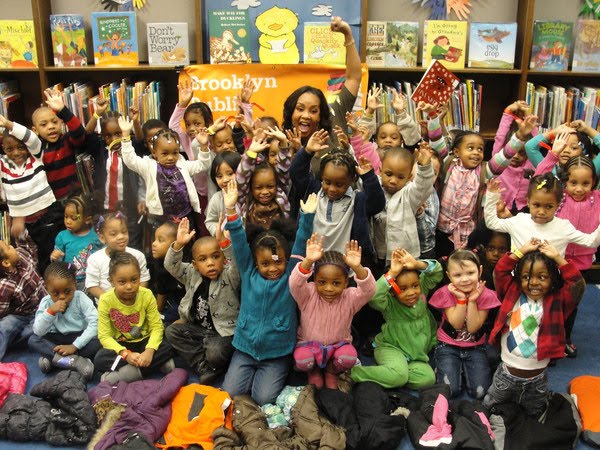 On Friday, March 4th, actress Vivica A. Fox participated in a Read Across America program that was held at the Marcy Branch (Bed-Stuy) of Brooklyn Public Library. The event was intended to promote literacy to children, who also received free books to take home. The actress is thrilled to be apart of the Read Across America campaign.

On to another Issue:

Let’s see if we can clear up a few rumors. Yes, Vivica Fox is still happily engaged to Omar “Slim” White. No, Slim isn’t with Vivica for her money! There were speculations about Slim only being with Vivica for her money, because of a statement he released, saying the two make good money together. He wants everyone to know that the media outlets took his comment out of proportion and that is and will never be the case. We know Slim loves him some money, but it is clearly apparent that he loves him some Vivica Fox more. After the marriage, the two can’t wait to have children. As you can see from the pictures above, ViVi loves the kids.LOL

So be on the lookout for some little Fox’s in the near future! And in the meantime, lets stop hating on them Â 🙂

Â Here are all the pic’s from the worthy cause: