Vivica Fox Gets Personal About Putting A Stop To Her Engagement 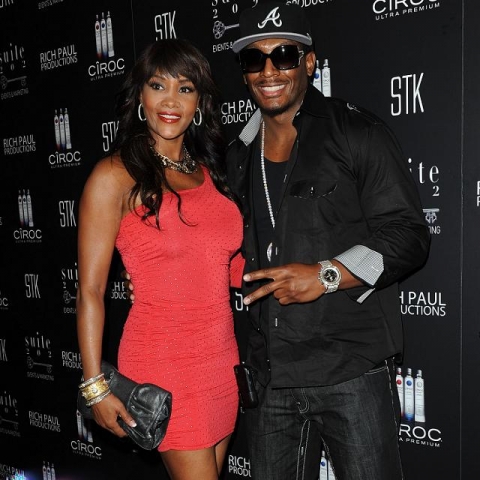 Vivica Fox is finally opening up about what led her to end her engagement to her 27 year old fiance, Slimm.Â  The twosome had been quite the hot couple and announced that they were engaged to be married last year around the holidays. Last month, Slimm made another announcement; he and Vivica were broken up. Now Vivica is breaking her silence and recently sat down with Access Hollywood. During the interview, she discusses what lead to the break up ( he got caught up in her “celebrity” and what her future relationship plans are (she is enjoying being single for now) Keep reading for excerpts from and video of the interview

On whether she has moved on or not
No, I havenâ€™t moved on to another one. Iâ€™m enjoying being single for a little while and regrouping and focusing on myself and my career and being happy and positive.
On if it is hard to date because she is a celebrity
Sometimes when youâ€™re successfulÂ you just have to make sure that someone is coming to you with real intentions. That means taking the time to get to know them for real and make sure theyâ€™re not dating you as the celebrity but theyâ€™re dating you as a person. I mean you are who you are if you are a celebrity. But that does make it a little bit difficult to make sure that someone isnâ€™t marrying you for a shopping spree.
On the type of man she’s attracted to
To be honest with you, I donâ€™t know. I told myself Iâ€™m going to try something different next time â€˜cause I happen to fall in love with a six pack and a smile and look what thatâ€™s gotten me.
Well it appears that young Slimm got caught up in the Viv’s “celebrity”. A lot of people feel that this relationship would have never worked due to their age difference. Whats your take?
Found at NecoleBitchie
December 8, 2011