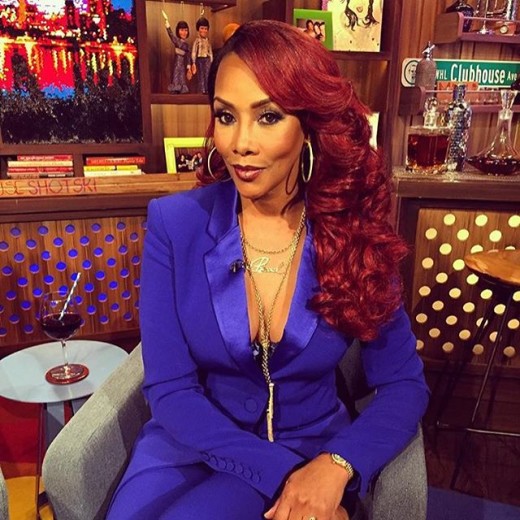 Remember when Vivica Fox was supposedly dating rapper 50 Cent for a while? Well now Ms. Fox has some strong tea that’s she lobbing against 50 Cent. In Hip Hop, it’s not often that a hardened rapper comes out as a gay man, so for Vivica to hint that 50 Cent might be gay might just break the internet. Check out the below video, titled “50 Cent, ‘A Booty Snatcher’ Says Vivica Fox,” and peep her reaction to a question about 50 Cent, with talk about the pot calling the kettle black on Watch What Happens Live.

Fox also spoke of 50 Cent looking gay on the cover of Vibe magazine, but she actually meant XXL Magazine. With Andy Cohen notably out of the closet and long having admitted to being gay, viewers wondered how Andy would react to Vivica calling 50 Cent gay. However, Andy stated that the old “doth thou protest too much methinks” line is usually true, and that when a person keeps denying being gay, that means they could be hiding the fact that they are gay.

50 Cent responded pretty quickly to Vivica’s gay claims against him. In an Instagram post, 50 Cent described a pretty raunchy scenario between him and Fox in response to her charges of 50 Cent being gay.

Also on Instagram, Soulja Boy didn’t waste time disparaging Fox either after the gay talk. He posted an unflattering photo of Fox, the same one that 50 Cent reposted to his Instagram page, and called Vivica a grandmother desperate for attention.