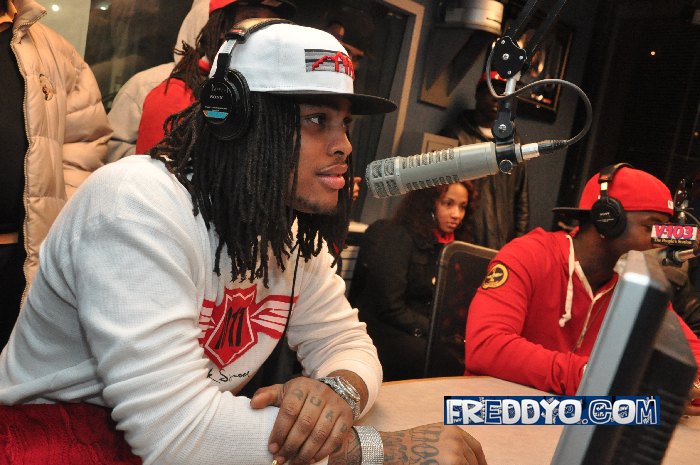 Waka Flocka Flame is speaking out about the raid of his Georgia home last week. The rapidly-rising rap star was a guest on Hartford, Connecticut’s Hot 93.7 The Jenny Boom Boom & DJ Craig Gover show over the weekend and said accusations that he’s involved with guns and drugs aren’t true. He states, quote,

“Why would I rap and go try to street bang? That’s hustling backwards.” He adds, quote, “I’m not a [gang-banger]. How can you gang bang and be a rapper? I don’t understand that.”

Waka Flocka Flame also took a moment to shoot down a rumor that one of his associates tipped off police to conduct the raid. He proclaims, quote,

“That ain’t true. Hey, this is the internet. I don’t know what’s going on, I didn’t even see [the video], keep it gangsta.”

Waka also talked about being #7 on the MTV Hottest MCs List, Nicki Minajâ€™s album & Gucci working back with his mother here’s the video tell me what you think?

Authorities raided Waka Flocka Flame’s house last Thursday morning looking for drugs and gang paraphernalia, that wasn’t there. Police wound up finding marijuana, but who don’t smoke. Rapper Gucci Mane was handcuffed during the raid, but released a short time later. Waka Flocka Flame wasn’t home during the raid, as he was in court dealing with a traffic ticket. Sounds like to me that someone was just trying to hate.