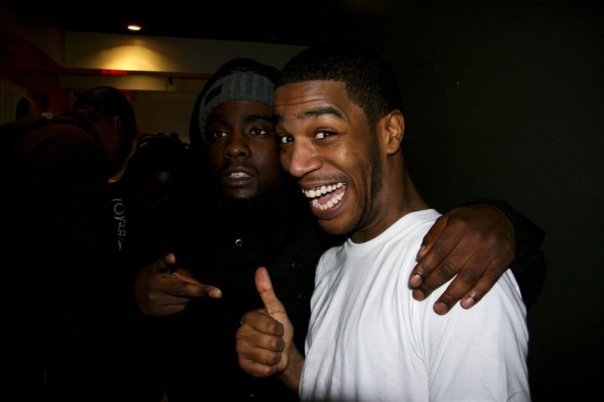 (9/23/2010) We told you earlier this week that Kid Cudi had a few words for his former partnah Wale. Former collaborators Wale and Kid Cudi aren’t likely to appear on any tracks together any time soon, as the two emcees have been taking both subliminal and overt shots at each other. Things came to a head when Cudi took to Complex magazine to address a punchline from Wale’s “Thank You Frestyle,” which referenced a fan throwing a wallet at Cudi onstage.

“It wasn’t a shot, it’s just a simple-ass rhyme by a simple-ass rapper,” he said. “You can’t let that shit faze you. That’s one of those raps that just shows the world that you wack. Why would you even use that as a metaphor? Everybody think they Hov. Niggas ain’t got the magic like they think they do; there’s only a couple of wizards in this game. I’m a wizard and I know it. Are your peers not seeing that?”

Fellow 2009 XXL Freshman had the following to say in response:

“Iâ€™m enjoying the birthday weekend, Iâ€™ll address him when itâ€™s time to. But right now, weâ€™re enjoying this. Itâ€™s a lot of love here and Iâ€™m not really thinking about nobody bringing that negativity into my circle.

Itâ€™s my birthday. I just want some tranquility, some inner peace. Not to sound like a Buddhist or anything but I just want to show myself that Iâ€™ve grown. Not react so much. Iâ€™ve been a hothead. Iâ€™m too old to be getting into physical altercations. Some things I want to change and I need that inner peace.”