WATCH: @KingDreamDream Says Baby Mama Is Just After His Money! 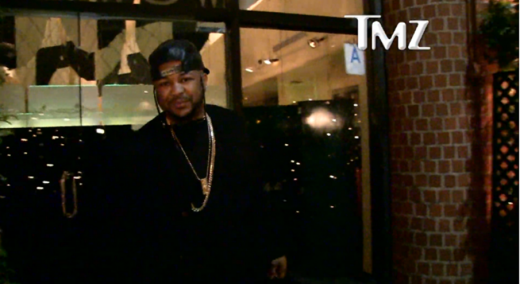 The-Dream maintains he never laid a hand on his baby mama … and this weekend hinted she was only making brutal accusations against him in order to get paid.

R&B Singer/Super Producer The-Dream is being accused of punching, kicking and strangling his ex-girlfriend … when she was pregnant with his child. I have known The-Dream for a very long time. I have had the opportunity to travel with him and know his personality and his disposition and I can honestly say that he is not capable of mistreating anyone. Now I was not there but I highly doubt he did all that his ex is claiming. Sounds like it’s all about the money.

Outside Mr. Chow on Sunday night, the R&B star reiterated his innocence, but this time made a remark about people always gunning for his money … clearly directed at the baby mama.

Sounds like Dream plans to fight this in court and not with his checkbook.

This story is developing.