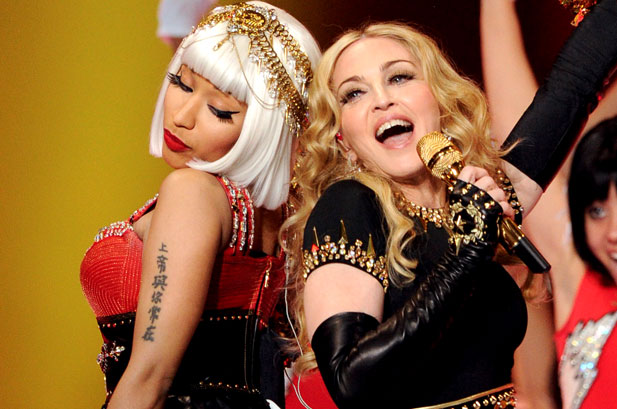 Â There were no wardrobe malfunctions, but Madonna’s halftime act at Super Bowl XLVI didn’t exactly go off without a hitch. Some of hip-hop’s biggest acts joined Madonna, who promised no controversy in pre-show interviews.Â Cee Lo Green also took the stage at Indianapolis’ Lucas Oil Stadium where he performed “Express Yourself” with Madonna during the Bridgestone Super Bowl 46 halftime show. 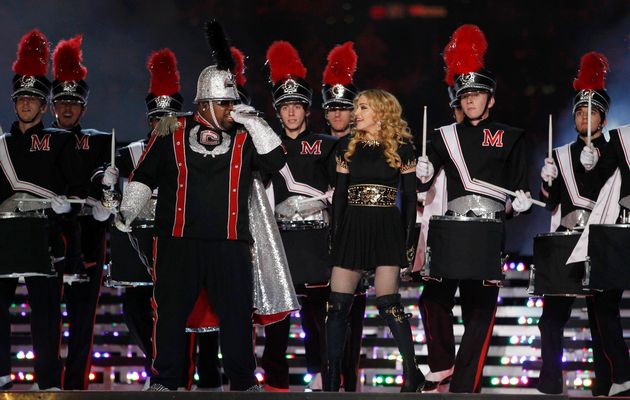 Cee-Lo also joined the pop star on her choir-backed rendition of “Like A Prayer.” Hip-hop diva Nicki Minaj also rocked the stage with Madonna on Sunday. Nicki and M.I.A. joined the pop icon for a performance of her latest single “Give Me All Your Luvin’.” Nicki was a little more behaved than M.I.A. who caused all the drama. 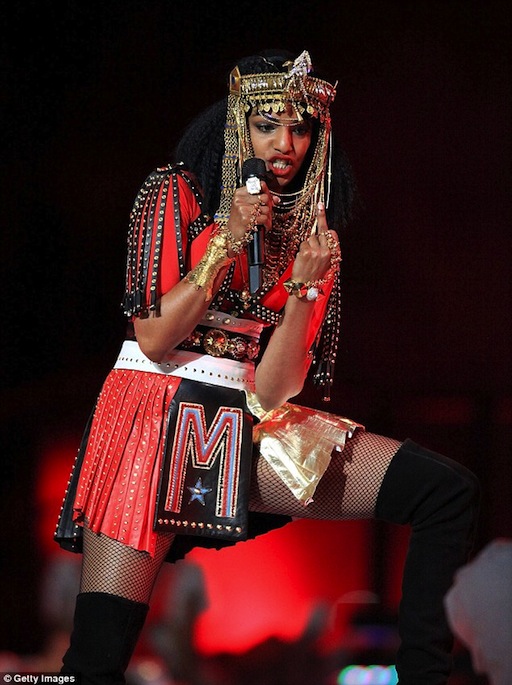 Â M.I.A., 36, flipped the bird toward a camera just before a cutaway during the halftime show. It seemed a lil blip on yo TV screen, but it really was just where they cut out her finger of an otherwise successful production.