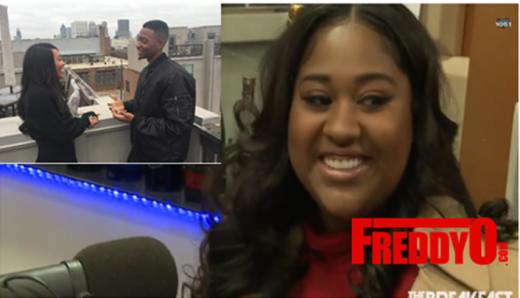 Check out the details below.
Mishon-Dondria-Covers-Jazmine-Sullivan

Mishon and Dondria did their thing on “Forever Don’t Last” and it seems quite fitting on the epic return of Jazmine Sullivan. The songstress shared with The Breakfast Club the details of her third album, “Reality Show” and shared a very dark secret. The “Forever Don’t Last” singer shared,

“I left music because I was in a really bad relationship and it had gotten abusive,” she said. “It had gotten to be too much just having to deal with the industry and that my personal life was so bad. So I had to go for a second. But I’m back. I’m out of the relationship.”

Jazmine shared that her ex lover “slapped her so hard that she couldn’t hear,” which could have ended her amazing career. She said that was the moment that woke her up and helped her leave.

Watch below to hear her talk more about her new album, what she thinks about reality shows and her thoughts on being a plus size girl in the music industry.