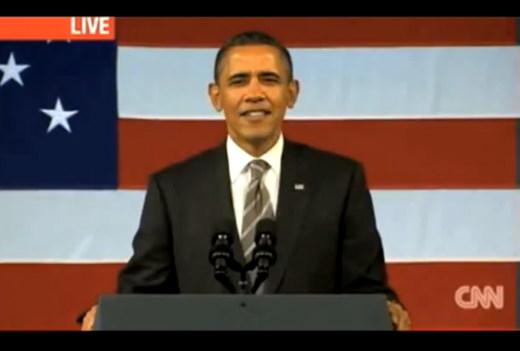 While giving a speech in Apollo Theater in New York, the US President Barack Obama suddenly got into the mood of singing some Al Green. And he did it live in front of people! However, considering what big responsibilities he has to carry out, you might have imagined that he had a horrible voice. But now, his vocal for the song, Let’s Stay Together was cool enough to cheer up the crowd both on the spot and on the Internet. Check out the Barack Obama’s version of Al Green’s “Let’s Stay Together.”

The video went viral after the news spread that Obama actually sang it for himself. Even Al Green, the original singer of the song, was pleased to learn that the President mentioned his name and sang one of this songs.

Now that you’ve watched it too, let us know what you think of President’s vocal abilities.

Spotted @ Straight from the A