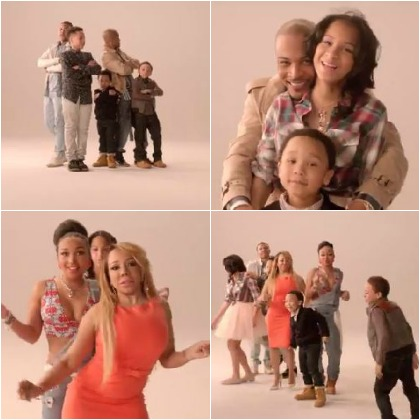 THE HARRIS FAMILY IS BACKKKKK!!!

We got the new Extended Supertrailer of the fourth season of “T.I. & Tiny: The Family Hustle” premiering on Monday, March 31st at 9PM ET/PT.

Take an extended look at the return of T.I. & Tiny: The Family Hustle, which premieres Monday, March 31st at 9/8c on VH1.

Fresh off HIS SOLD OUT America’s Most Wanted Tour with Lil’ Wayne, his Grammy nomination for “Blurred Lines,” and his starring role on Showtime’s House of Lies, multi-hyphenate T.I. is back in Atlanta with his entrepreneur wife, Tameka “Tiny” Harris, and they are ready to focus on family.

For another season, America gets an inside look at the lives of hip hop’s favorite family in 22 new half-hour episodes, beginning on March 31 at 9PM*. The kids are growing up and reaching new milestones everyday as Niq Niq, their eldest daughter, graduates from high school, Domani works with Russell Simmons, Messiah continues his passion for fashion, T.I. is coming to grips with Deyjah having a boyfriend, Major and King continue to get in trouble and an exciting new addition joins the family. At the same time, Tiny, is finally going after her goal of getting her G.E.D. while making sure the OMG Girlz are not growing up too fast. Watch the love, humor and growing pains unfold when “T.I. and Tiny: The Family Hustle” returns on March 31 at 9PM.*