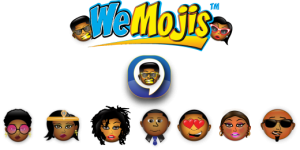 For years there has been a lack of diversity in the tech world. Now, within the last two weeks, we’re seeing more diversity than ever before. Two young brothers have created an app that puts Black faces on the keyboard, and they did it way before Apple’s release. Check out the details below! 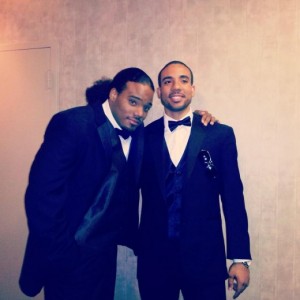 Yesterday Apple iOS 8.3 released a new update, making diverse emojis available to consumers. The emojis included both Hispanic and Black emojis. People all over social media rejoiced, so excited to finally have emojis that reflected the world we live in. However, after the excitement died down, some Apple users complained that the emojis just weren’t diverse enough. Many people felt that there hadn’t been much thought put into the aesthetics.
What many consumers don’t know however is that they have other options! Last week, with the release of their app, Donovan and Trey Brown, the creators of WeMojis, also peaked Apple user’s interests. These emojis, equipped with natural hair, turbans, funky glasses, and nice jewelry are unlike anything we’ve seen on the keyboards so far. There’s a little something for everybody. There are Greek Fraternity and Sorority hand signs, a Black Jesus, a Black Santa, country flags representing diverse populations, and for you cannibus lovers, there’s even a “high” emoji! These emojis seem incredibly authentic and fun to use.
Trey Brown, CEO and co-founder of Wemojis had this to say “We knew people would be innately attracted to creating quality images that authentically represent our demographic. Our app is distinguishable not only by the high quality and relatability of the images, but also by the usability. We are extremely excited about the launch and confident in the second to none functionality and usability,” he continues.
Trey and Donovan are both Howard University grads. This sounds pretty cool. Will you be downloading?

Comedian Kevin Hart might tell the best jokes, but when it comes to giving back to his community it's serious business.  On Tuesday, when...
Read more
Reality TV

Love & Hip Hop New York Season 4 is right around the corner and by the looks of the trailer it's full of ratchetness, tomfoolery, and...
Read more
Music Concerts

Eazy-E Hologram Rocks out at Rock the Bells!

Eazy-E made a special appearance at Rock the Bells on his 5oth Birthday via technology yesterday. It's amazing how technology can resurrect the dead....
Read more