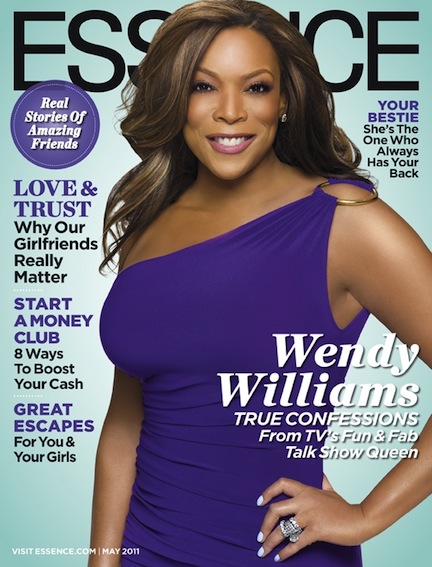 Radio heroine turned talk show diva Wendy Williams is covering the upcoming May 2011 issue of ESSENCE magaizine…with double covers! It’s their first ever “Gilfriends issue,” and who better to be the face than the chick most of us have been “friends in our head” with for years. 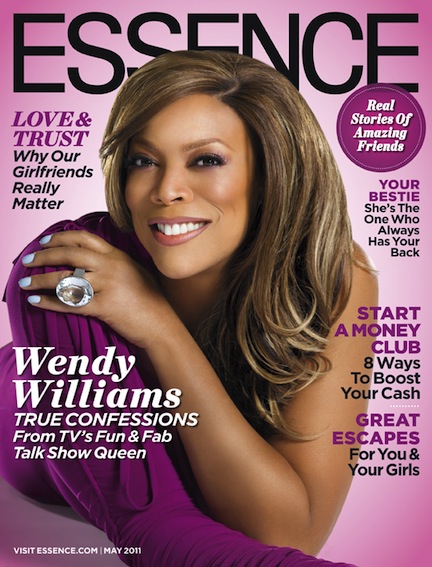 Maybe the cross-country traveling and being a mom to a pre-teen boy and a wife and shooting 2 shows at once was a bit much for Mrs. Wendy. She was voted off “DWTS” last night. But she says she’s extremely proud to have done it–despite being bogged down with being every woman at the same time.

And because she’s been doing it all while mainting her upbeat easy-to-relate attitude, “The Wendy Show” host and “Love Triangle” host graces ESSENCEâ€™s first-ever â€œGirlfriends Issueâ€ dedicated to friendships.

ESSENCE will also declare April 13th as â€œGirlfriends Appreciation Dayâ€ in honor of â€œbestiesâ€ everywhere. And they’re throwing a party for Mrs. Wendy–sponsored by Essie and Swarovski Elements celebrating the Girlfriends Issue.