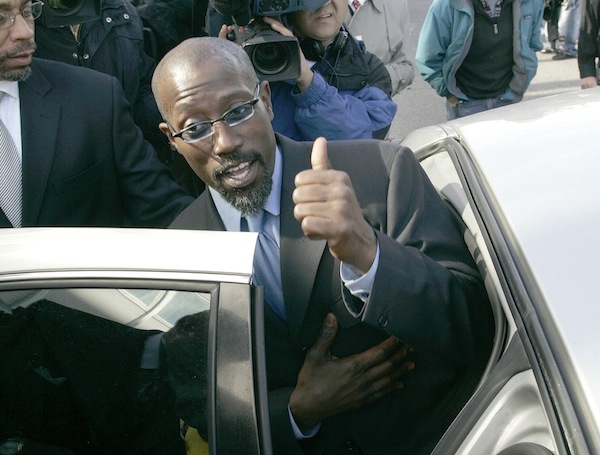 Federal attorneys have asked a central Florida judge to revoke Wesley Snipesâ€™ bond if the actor is not granted a new trial for tax evasion, reports AP.

Snipes did not attend the hearing Monday in a federal court in Ocala. His attorneys say he deserves a new trial because of jury bias in his 2008 conviction. They say two jurors are now accusing other jurors of deciding the case without hearing evidence. They also say prosecutors hid damaging information about a key witness.

Federal prosecutors on Monday said questioning those jurors about their deliberations would violate juror rules and intimidate future juries.

The star of the â€œBladeâ€ trilogy faces a three-year prison sentence. Snipes has been free on bond while appealing.