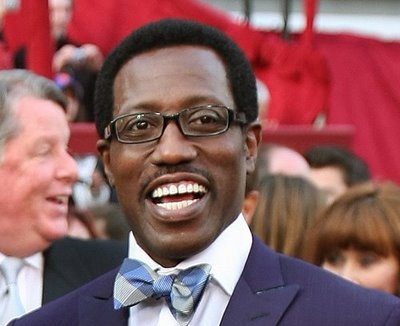 Actor Wesley Snipes has been dealing with tax evasion for a number of years now, and recently lost his appeal; he is now headed to jail (July17) for 3 years. Â I don’t understand how Nino Brown, Blade, (and every other character he has played that made him millions) couldn’t pay his tax debt.Â The action actor was first found guilty in 2008 of dodging more than $15 million in taxes on income earned during the peak of his career.

Many celebrities tried to step in and speak on Snipes character, including Denzel Washington. â€œWesley is like a mighty oak tree,â€ Washington wrote, â€œMany who know him have witnessed the fruit of his labours. I have sat in his shade and even been protected by his presence.â€

A number of other showbusiness friends, including actors, a costume designer and even a daytime TV judge, also provided glowing character references. But their appeal fell on deaf ears, reports The Daily Mail.