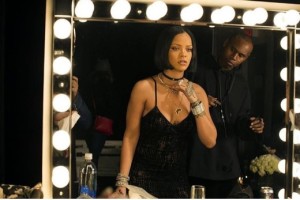 Rihanna, apparently, is still feeling the heat for not showing up and working the stage for her highly anticipated performance at the 58th Annual Grammy Awards.

As we all may have heard by now, the “Work” singer was supposed to be one of the nights biggest performers, but moments before the show she had to cancel. A lot of her fans were very disappointed, as it was said she was going to perform one of her new songs “Kiss It Better.” So of course people wanted answers, why did the star that was so excited about her performance cancel? According to several sources, Rihanna was in good spirits all weekend, she even performed that Saturday at a Lionel Richie tribute. However, the day of the show is when her energy slowed down, it was during rehearsals when it was discovered something may have been wrong. 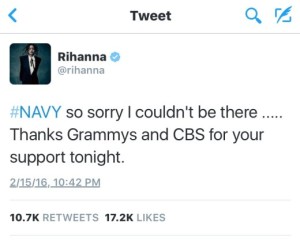 According to ET, “Despite the reports that Rihanna had a “meltdown” during rehearsal, a production source confirmed that was far from the truth.” About an hour before the show, Rihanna was said to be in her dressing room not feeling too well, that’s when a doctor was called in to examine her. The doctor diagnosed her with bronchitis and told her she could damage her vocal cords if she sung. So she did what any singer that was serious about their vocals would do and took the diagnosis serious. That’s when it was announced she would not be performing. “Rihanna committed to performing at the Grammy’s months ago and was excited about it, it would be her first live performance from her new album “ANTI” and she had big plans for it,” a production source says. We hope that she gets well soon. 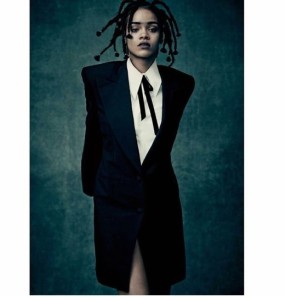