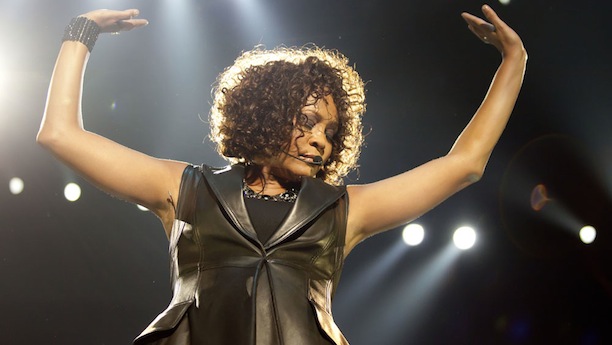 Whitney Houston was banned from a series of Prince concerts before being admitted to rehab. The 47-year-old singer – who has a history of substance abuse issues â€“ was reportedly told not to attend any more of the pop legendâ€™s shows after she appeared “intoxicated” at every concert she went to in the run-up to entering a treatment facility to seek help for her addictions.

According to gossip website TMZ, organisers eventually grew tired with Whitney’s demands after she pestered them for free tickets and then demanded to be let up on stage with the ‘Purple Rain’ singer.

“They didn’t want her to embarrass herself.”

After eventually being banned from the gigs due to her increasingly “erratic behaviour”, Whitney voluntarily entered an out-patient rehab program around 10 days ago. Her spokesperson recently confirmed:

“Whitney Houston is currently in an out-patient rehab programme for drug and alcohol treatment. Whitney voluntarily entered the programme to support her long-standing recovery process.”

The treatment programme reportedly allows the singer â€“ who was pictured at a Prince concert last weekend – to leave the facility, as long as she is accompanied by a monitor.