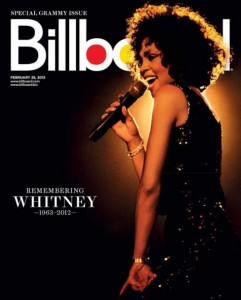 During a night packed with tributes, Whitney Houston’s daughter, Bobbi Kristina, was visibly moved by the tribute to her late mother at 2012 Billboard Music Awards.

Bobbi Kristina took the stage at the ceremony to accept Billboard’s Millennium Award on her late mother’s behalf.

Before accepting the award, Bobbi Kristina was seen weeping in the audience, alongside her aunt Pat Houston, as Jordin Sparks performed Houston’s “I Will Always Love You.”