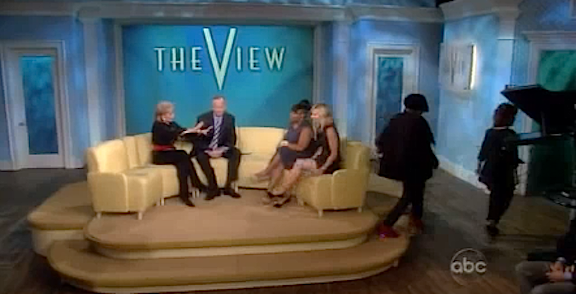 I am so glad that Whoopi and Joy have a back bone!!! Whoopi Goldberg and Joy Behar got so angry with on todays episode of “The View” that featured Bill O’Reilly. The topic was Obama and 9/11, while discussing the Ground Zero mosque Whoopi and Joy who were so sick of O’Reilly’s over opinionated ego both got up and walked off the set. Although the two later returned after Bill apologized it made for great TV. I saw on twitter that people were saying that they should not have walked off the show and you can tell Barbra Walters was very up set. Do yall think it was ok for them to walk off the show while they were taping live? Here’s the video please tell me what you think?