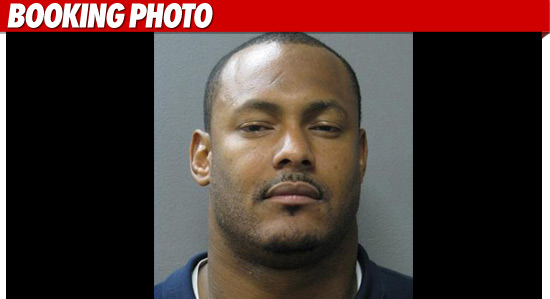 (11/27/2010) Will Smith, New Orleans Saints defensive end was arrested shortly after 2 a.m. in the 300 block of Jefferson Street after police officers observed him arguing with his wife, the former Racquel R. Smith. They have only been married for 2 years. Smith allegedly took hold of her hair and began pulling her down the street. Racquel Smith received only minor injuries, the news release said. Smith, 29, who lives in Kenner, was booked into the Lafayette Parish Correctional Center and released on $1,000 bond. I guess his wife is in denial or doing an image cleansing because she posted then removed this tweet “it was a huge misunderstanding.” She even tweeted, “We are a strong couple. Love conquers all and that’s what we have. It’s just so sad that he is in the public eye and everything is magnified. I love you @iwillsmith! Please who dat fans support our family through this time. Girl stop right now! This makes my weave tracks come loose…. I don’t condone domestic abuse of kids, women, or men. What are your thoughts?
With that being said follow me www.twitter.com/IamCourtneyLuv.