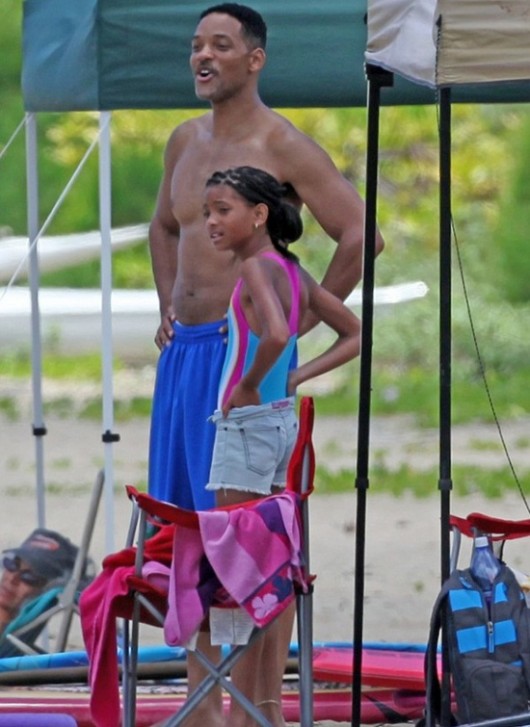 The Smith family (minus mama Jada Pinkett Smith and big brother Tre Smith) were seen having a family day out on the sandy beaches of Hawaii. It is hard to believe Will is 42, as he looks in almost as good of shape as he did in the Fresh Prince of Bel-Air. 10-year-old Willow Smith was also spotted on the beach hanging out with her dad Will Smith and older brother Jaden Smith.

Will was enjoying a well-earned break after he finished filming for the latest part of the Men In Black series this month. He had been in New York since February recording scenes for the franchise’s third movie along with fellow MIB veteran Tommy Lee Jones. 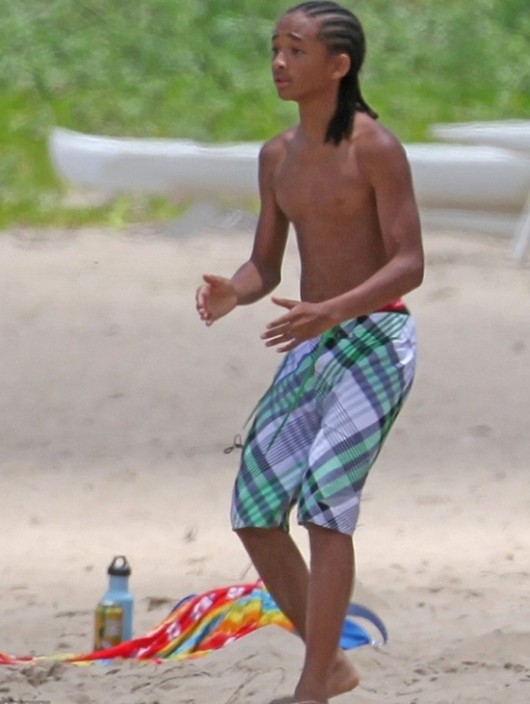 Movie insiders are expecting it to be a huge hit when it is released next year. And there was more good for fans Smith this month, as Transformers director Michael Bay said he wants to direct another entry to the Bad Boys series.

‘We talk about Bad Boys 3. It’s hard to get our schedules together but it’s great working with those guys.’

The film will team Will Â up again with Â Martin Lawrence as Â Miami detectives Mike Lowrey and Marcus Burnett.