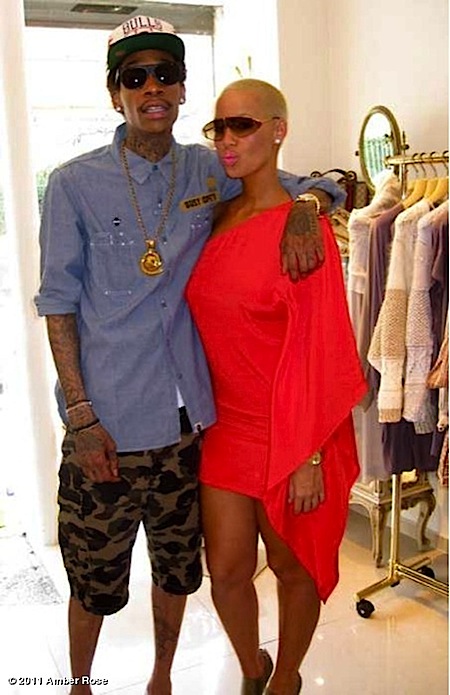 Wiz Khalifa and his girlfriend the beautiful Amber Rose went on a little shopping spree the other day at the high end department store Barney’s in. From the moment he walked in the store he immediately received what I like to call the “Katrina Devort” the stink eye from the movie Juno. He went on to buy his lady a pair of $16,000 shoe she like, you would think he would gain some some respect after dropping 16 stacks but to no surprise still treated like the average guy looking to get in some trouble.

Even if they didn’t recognize him, there’s not a face who doesn’t recognize Kanye West’s jump off the Amber Rose. So that should have given them an inclination that he was someone of importance or someone with money for all that matter.