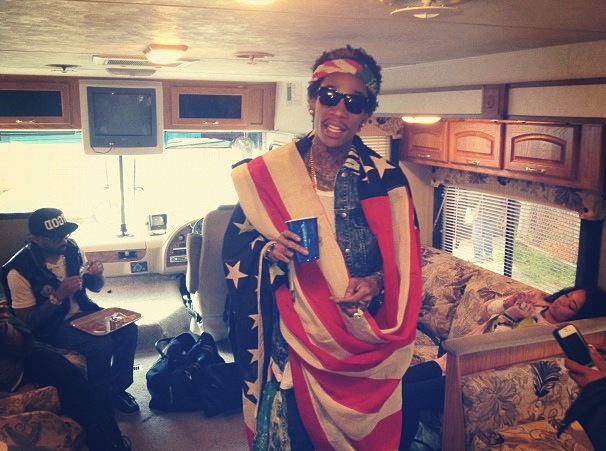 Wiz Khalifa’s sophomore album will be arriving this summer. According to Rap-Up.com, the hip-hop star will be dropping “O.N.I.F.C.” on August 28th. The record’s first single, “Work Hard,” will be making its debut on April 23rd on the Pittsburgh radio station 96.1 KISS. “O.N.I.F.C.” will be Wiz Khalifa’s follow-up to last year’s debut effort “Rolling Papers.” The record opened at number two on the Billboard 200 thanks to hits like “Black and Yellow” and “Roll Up.”

Along with his new album, Wiz Khalifa fans can also look forward to seeing the emcee perform on NBC’s “The Voice.” He’ll be taking the stage with “Voice” coach Adam Levine and his band Maroon 5 to perform their new single “Payphone” on April 16th.