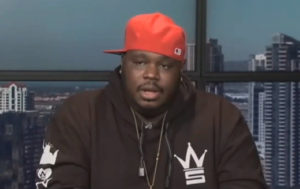 Lee O’Denat, the Queens-bred founder of the influential music and urban culture website WorldstarHipHop.com, has died in southern California. He was 43.

Known simply as “Q” by his friends and followers, the media mogul and father of three passed away unexpectedly from a suspected heart attack, a well-placed source told the Daily News.

“We know he had a health issue with his heart,” the source said. “It’s a shame. He was a very young man.” 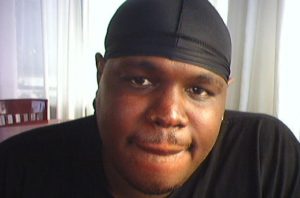 Originally from Hollis, Queens, he was living in the Rancho Santa Fe section of San Diego County with his school-age kids.

The creator and face of the Worldstar brand was a larger-than-life digital pioneer, famous for his big smile, unabashed sense of humor and uncanny ability to find and promote viral videos.

“Q was a brilliant businessman who championed urban culture, ultimately creating the largest hip hop website in the world,” his company said in a Tuesday statement confirming his death.

“But more than that, he was a devoted father and one of the nicest, most generous persons to ever grace this planet. We will miss his hearty laugh and warm spirit,” the statement posted on Instagram said.

The company vowed to continue O’Denat’s “various endeavors” and asked fans to “raise a toast to the sky in his name.”

“We can’t thank you enough for all you’ve done for all of US!!! You were always pleasant & positive through all the madness,” T.I. said. “You built a brand that changed the course of culture. Your legacy will live on.”

According to a recent New York Times profile, O’Denat was of Haitian heritage, raised by a single mom. An early job at a Circuit City store encouraged his love of computers.

One of his first web ventures was an e-commerce site selling mixtapes by his famous friend DJ Whoo Kid, known for his collaborations with Queens rapper 50 Cent. O’Denat later harnessed the power of YouTube and crowd-sourced videos to create his wildly popular WorldstarHipHop website in 2005.

RIP @qworldstar ?? God bless ya family & friends. You was a real solid,stand-up dude. We can’t thank you enough for all you’ve done for all of US!!! You were always pleasant & positive through all the madness. You built a brand that changed the course of culture. Your legacy will live on. On behalf of The Harris Family, BankRoll Mafia & The Hustle Gang, We offer our truest & deepest condolences. With Love & Respect. Rest Easy King. #RIPQ

He often courted controversy by featuring street fights, stunts and sexual content, but he steadily grew his brand, attracted advertisers and evolved. He was actively working on his latest venture in recent weeks – the launch of a Worldstar TV show on MTV2, due to debut next month. The show’s host, comedian Chris Powell, said he was “heartbroken” to lose a mentor and “icon.”

“This can’t be real,” he wrote on Instagram Tuesday. “We literally were just talking man about our plans and you was schooling me on how to maneuver through the business.”