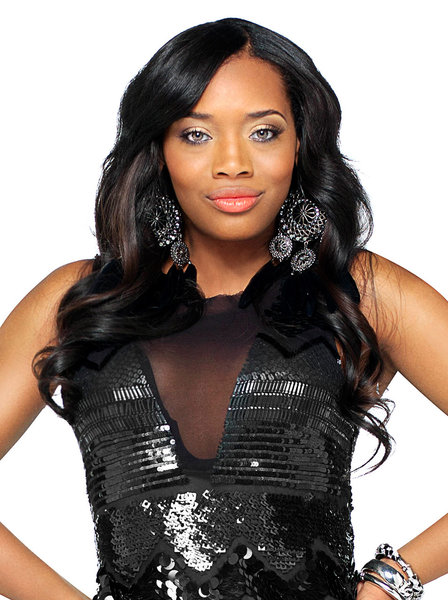 If you watch VHI’s “Love & Hip Hop, then you saw the whooping that Chrissy Lampkin (Jim Jones’s boo) put on the new girl, Kimbella on last weeks show. Now, Yandy Smith (manager of Jim Jones and newest cast member) is shedding light on the fight and explains exactly what went down that night. Check out some excerpts from her interview with TT Torrez of IPower 92.1 in Richmond after the cut!

On why Kimbella was invited to Emily Bâ€™s party:

You guys didnâ€™t see when Emily invited both of us. She invited both of us at the same time. You guys see 30-second snippets of events, but at my jewelry party that was a three-hour long taping. How long did they actually show it? About 30 seconds?

On whether or not Kimbella shouldâ€™ve dropped the bomb on Emily B at her own party in front of everybody:

On whether or not Chrissy was appropriate for her response to knocking Kimbella out:

Aside from that being the mother of Jewelzâ€™s (Rapper Juelz Santana) child and his girlfriend, I brought her as my friend. Whether she was invited or if she came with me, Iâ€™ve already made it clear to everybody that this is my friend. So just like if I brought one of my friends to Chrissyâ€™s event, I wouldnâ€™t allow one of my friends to disrespect Chrissy. It just put me in a very awkward position and at that point was close to both of them.

On whether thereâ€™s truth to the rumors about how Jewelz gave Emily B a beat down:

Sigh. It seems that there is nothing REAL in reality television but I am too nosy NOT to watch. Can’t wait for the rest of the episodes lol!

Here’s audio of the full interview: