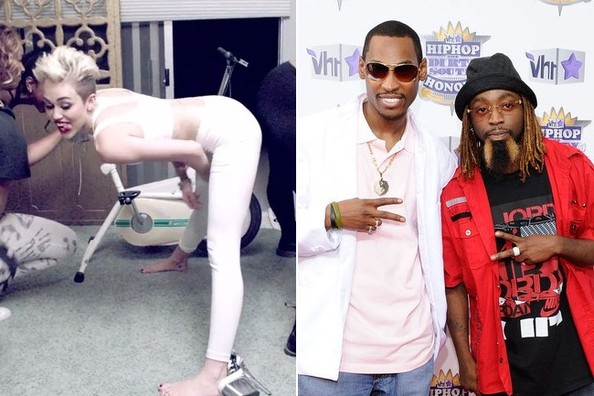 The homies The Ying Yang Twins are not “WHISPERING” about their admiration for Miley Cyrus with their new song title “Miley Cyrus” dedicated to the pop star.

We have the audio and the details about this new song after the break.

The Ying Yang Twins released “Miley Cyrus” to TMZ, telling the site that they decided to write a song about Miley and her recent inclination for twerking after she tweeted her admiration of the group. They add that Miley has used the dance craze to “show the world she is grown,” and that they wanted to “give her a little help” with the new song, which they called “authentic twerk music.”

Miley herself is gearing up for a week of television appearances, stopping by “Jimmy Kimmel Live” on Tuesday night and “Good Morning America” on Wednesday morning.

Her parents, Billy Ray Cyrus and Tish Cyrus, are also making headlines, after being spotted together on a family outing on Sunday just a week after filing for divorce.

So what do you think about “Miley Cyrus“?