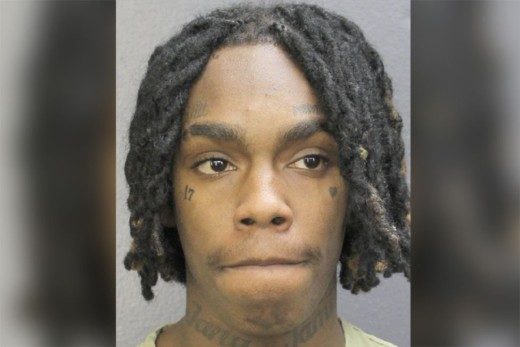 Rapper YNW Melly is in jail for 2counts of First-degree murder. His father drops a remix to Melly’s song “Murder on my Mind”, claiming his son’s innocence.

YNW Melly was arrested in early 2019 for allegedly murdering his two homies YNW Juvy and YNW Sakchaser. However, Melly still sent his condolences and paid respect to his dead friends. Some sources claim his friends were murdered in a drive-by shooting. Melly is locked up in Broward County, Florida which is right next to Miami, Florida.

Melly’s birthday was yesterday and he had to spend it in jail due to the murder charges he is fighting. However, he is receiving major support from the Urban community. Sources say Superstar rapper Future called Melly to tell him happy birthday. YNW Melly’s team said they would release a mixtape while Melly is in jail on his 20th birthday.

Melly’s career has recently catapulted due to hit songs with individuals like Kanye West. Mixed personalities has attracted millions of viewers to YouTube. We are staying tuned to Melly’s career to see what happens next.

When two kings come together, a king of the south and a king of crunk , they don't give a F#%k , and it's...
Read more
Celebrity News

It's been a long journey, and Greg hung in there long as he could.   View this post on Instagram   A post shared by freddyo (@freddyoart) //www.instagram.com/embed.js Greg was...
Read more
music

Lizzo: “The Rumors Are True”

Lizzo is up up , and her and Cardi are cool; the rumors are true! Lizzo release the official video for "Rumors" just a...
Read more
Music Video

Kirk Franklin and The Jacksons “Can You Feel It” 2021

Check out this fresh remix of The Jackson's classic "Can you feel it" done by Kirk Franklin, featuring vocals from Tamala Mann as well....
Read more
Artist Spotlight