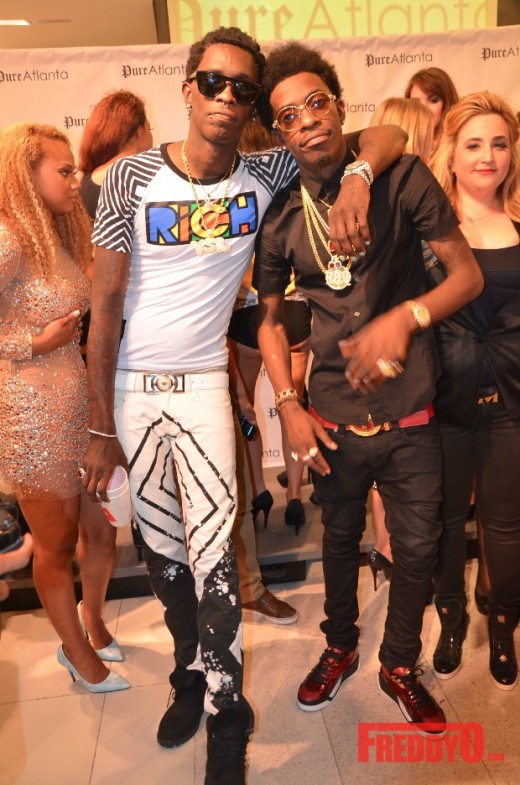 Today, November 3rd, the homies Young Thug and Rich Homie Quan, want all the 20-something voters to come out for a free two-hour Rock the Vote concert in Atlanta.  Today is the day before this year’s midterm elections, which in Georgia will decide tight Senate and Gubernatorial races.

“As officials in Georgia and across the country work to enact laws that make it more difficult for young people and minorities to vote, it is critical for young people—now more than ever—to turn out to the polls and make their voices heard,” Rock the Vote wrote in a press release. 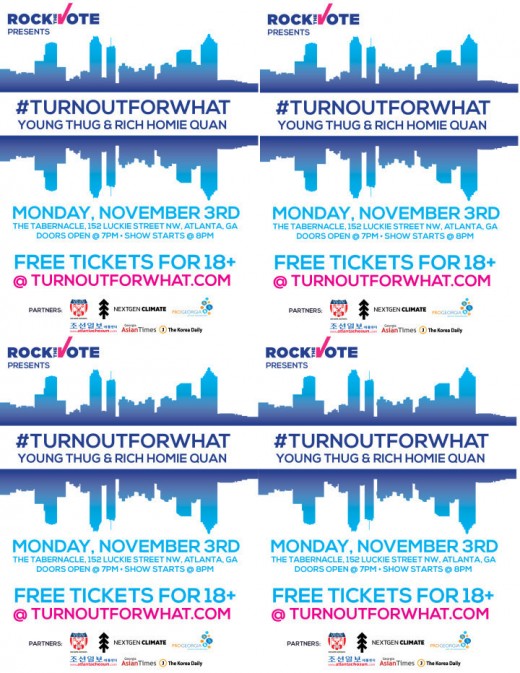 The concert will take place at The Tabernacle downtown. Starting at noon EST today, you can register for your chance at a free ticket at Rock the Vote’s site. After registering and picking up physical tickets, guest will be admitted on a first come, first serve basis.

To emphasize that young voters who missed out this year can still be involved in 2016, Young Thug and Rich Homie Quan have both committed to register to vote for 2016 with Rock the Vote, on camera.

“We are thrilled to be working with these two distinctive artists who represent the future of hip-hop,” Rock the Vote spokesperson Audrey Gelman told FADER. “Young Thug and Rich Homie Quan recognize the importance of voting and want to make sure no one else misses the chance to make their voice heard just because they miss the registration deadline. Their message is clear: if you’re registered, use that power to vote. If you’re not, it’s not too late to get ready for the next election.”

See concert details plus Watch Rock the Vote’s viral “Turn Out For What” PSA, featuring Lil Jon and Lena Dunham:

We hope you’ll all rock the polls tomorrow!