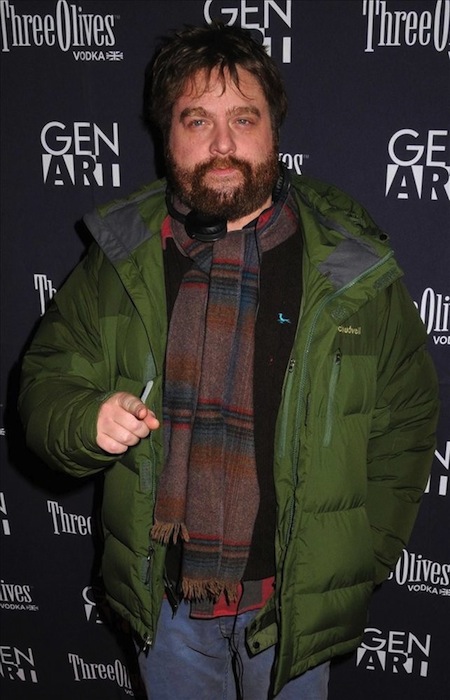 There has been some drama over Hangover2, apparently during the sequel, the character played by Zach Galifiankis uses the N- word. Now every one knows that if you are not of African- American decent you cannot use the word. So you can imagine how my how me people who saw the movie reacted towards it when they heard it. I can hear the crickets.

In a recent interview Zach sits down with sources and defends his character’s motivation for using the word. Implying they wanted to they really wanted to push the envelop and reveal how ignorant and stupid his character is. But on the outside looking in critics wouldn’t perceive it as so.

â€œFor someone to say that word so cluelessly, itâ€™s funny because it comes out of a place of ignorance,â€ Galifianakis explained. â€œAnd Alan doesnâ€™t know any better; heâ€™s just an idiot. Anyone who would say that so loosely is an idiot. That word can be very inflammatory but Alan is such a dimwit, itâ€™s not excusable at all but youâ€™re making fun of people that would say that word.â€

It’s so important to educating yourself on your history and culture... MUST WATCH VIDEO: A passionate discussion between two women over the removal of...
Read more
Artist Collaboration

The first female Verzuz battle is going to be Erykah Badu and Jill Scott this Saturday, at 7pm est on instagram.  The ladies will be...
Read more
Celebrities in Trouble

[youtube https://www.youtube.com/watch?v=8KDkpltKHx0]The Breakfast Club: talked Michael Bloomberg and how he's now Doubles Down On Stop-And-Frisk Comments, Putting His Campaign At Risk ... We need to...
Read more