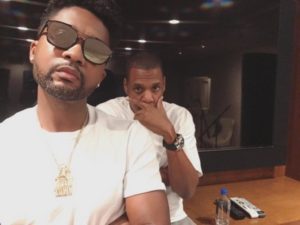 Weeks ago, producer Zaytoven posted a pic with Jay Z and added the appropriate caption for it – “Jaytoven.” The one pic was enough start fans wondering how possible it was that the two were working together. According to Zay, it’s not a possibility anymore; it’s a fact that he and S. Carter have heat on deck.

Zaytoven confirmed the pairing in a newly published profile with Billboard where he discusses how a mutual friend, music exec Big Jon, tipped him off that Jigga was a fan of his work. He said, “I was in L.A. in a meeting with Big Jon and he was like, ‘Me and Jay was just talking about you.’ So he text him and [Jay Z] said, ‘You have Zaytoven over there? Can he come to the house?’ And I’m like, What? For real?”

According to Zay, Hova wanted the producer to come armed with a very specific type of sound. The message Jay delivered via Big Jon was Zaytoven should “‘make sure he bring them beats with them strings and pianos in it.’” 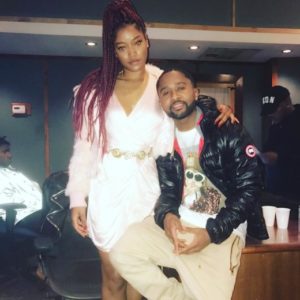 This is where it gets fun because the imagination kicks in. The first thing that comes to mind is when Zaytoven and his constant collaborator Gucci Mane performed for NPR’s Tiny Desk concert series a few weeks ago. For anyone wondering what Jigga would sound like over Zay’s keys, just listen to the Tiny show and picture Jay standing in for Gucci. Listen close enough and the idea of Jay spitting the lines from “D’Evils” blend right into “First Day Out.”

Zay may be one of trap’s godfathers, but he’s not boxed into the genre by any means. His sound is far-reaching strictly because of how melodic it tends to be. Just how far his music was reaching was lost on Zay, until an artist of Jay’s caliber came along and helped him recognize just how pervasive his work has become, thanks to the likes of Guwop, Future and Migos. “I didn’t know how far it was reaching,” the producer said. “So when Jay Z invited me to his house and told me what type of beats he wanted, it opened my mind up to be like, ‘My music is reaching everybody and touching people in a certain way.’ There’s a distinct something when they hear my music.” 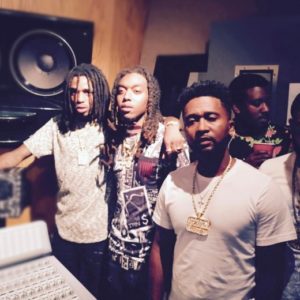 Right now, whatever these two cooked up doesn’t have a home. Zaytoven said it could possibly end up one’s project or possibly both. But he’s sure of one thing. “I know it’s going to be a trophy for me.”