Zelda Rubinstein From The Movie Poltergeist Has Died 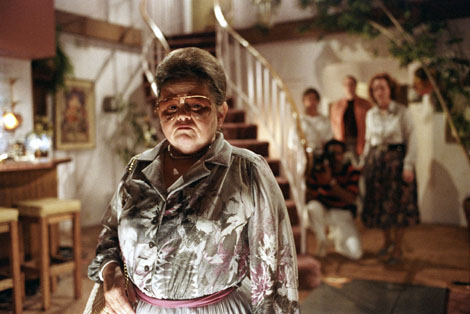 I just got news after reading Dlisted that one of my favorite actresses who won my heart after I watched the movie Poltergeist, Zelda Rubinstei had died. Â RIP Zelda you will be missed… This is what Dlisted said:

Zelda Rubinstein, best known for making your skin tingle as Tangina Barrons in Poltergeist, passed away early this morning at the age of 76. Zelda’s agent tells Fox31 in Denver that she died of natural causes at Barlow Respiratory Hospital in Los Angeles. He went on to say that Zelda was hospitalized two months ago after she suffered a heart attack.

Zelda’s breakout role was in Poltergeist in 1982, and she went to star in other jewels of our childhood including Sixteen Candles, Frances and Teen Witch. Zelda was also a regular on Picket Fences.