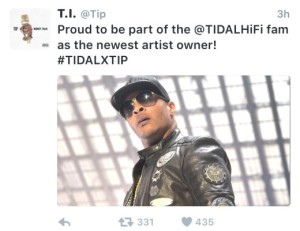 The self-proclaimed “King of the South,” rapper T.I. became the newest artist owner to join the Tidal family. He announced this major move via his twitter account Monday evening right before his pop-up performance at Greenbriar Mall in Atlanta.

T.I. gave us a little hint by announcing last week that this pop-up show would be available to live-stream via Tidal…and we should have known then that something major was coming after that. That same day he also released a single “Money Talk” off of his up coming album exclusively on Tidal. 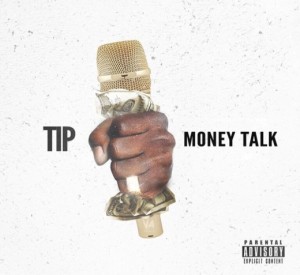 Other artist that are apart of this Roc Nation movement that have made similar moves are Kanye West, Beyoncé, J.Cole, Nicki Minaj, Rihanna, just to name a few. His new album “Dime Trap” will be the first time he is releasing an album without a major label. T.I seems to be trying to make a major comeback and from the looks of it, he starting off just right. It seems that everyone who has ties with Roc Nation have made significant gains lately. Despite the debacle with Rihanna’s album being delayed several times before finally being “leaked” then released, T.I. seems unbothered. So what does this mean for the “King of the South” fans? Well, if you haven’t already subscribed to Tidal you might as well get to it, because it seems like they’re taking over some of the music industries biggest artist. What are your thoughts on T.I.’s latest move? 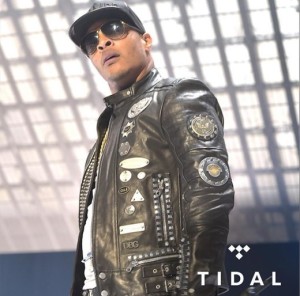